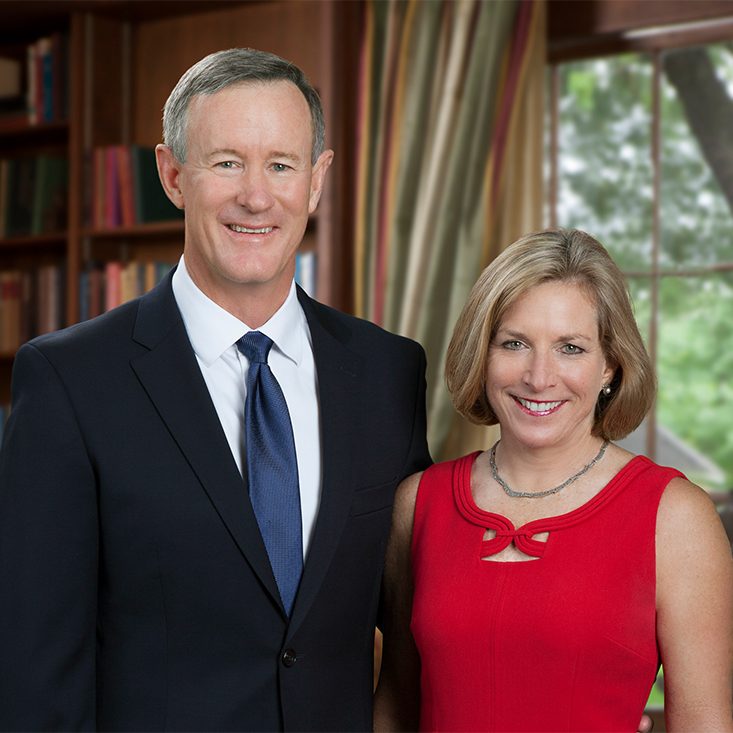 "We are on the cusp of a revolution that will empower people of all ages, everywhere, to take control of their own brain health, and we each have a role to play in making it a reality."

As University of Texas System Chancellor from 2015 to 2018, Adm. McRaven led one of the nation’s largest and most respected systems of higher education. His ambitious vision for the UT System included brain health as a top priority in his “Quantum Leaps” initiative.

Previously, he served as commander of U.S. Special Operations Command, leading 69,000 men and women with responsibility for conducting counter-terrorism operations worldwide. During this time, he created the Preservation of the Force and Family initiative to ensure the mental, spiritual and physical well-being of those who serve, as well as that of their families. He retired from the military in 2014 as a U.S. Navy four-star admiral.

The McRavens are the 2018 recipients of the Center for BrainHealth and Brain Performance Institute’s Legacy Award, which annually recognizes individuals who have advanced the exploration of the human mind. They have graciously joined The BrainHealth Project to serve as national spokespersons.