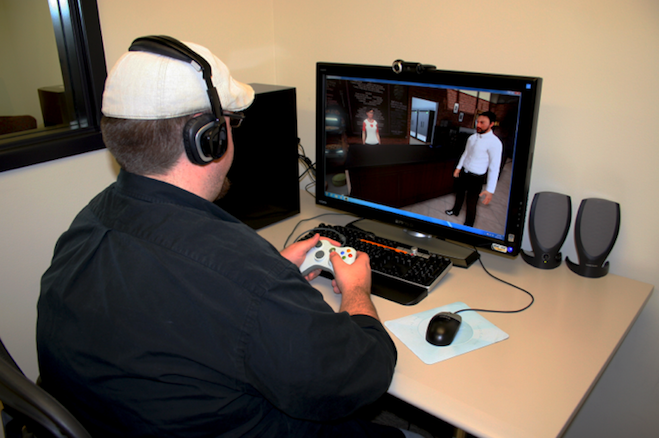 Researchers at the Center for BrainHealth at The University of Texas at Dallas, in collaboration with co-leading authors at George Washington University and Yale, have demonstrated in a pilot study that a clinician-driven virtual learning platform, tailored to young adults on the autism spectrum, shows improved social competency. Findings published in Autism Research reveal that increases in socio-emotional and socio-cognitive abilities correlate with brain change. Results included increased activation in the brain’s socio-cognition hub with gains linked to improvement on an empathy measure.

The present findings are among the first to demonstrate neural changes that are associated with significant behavioral gains in young adults with high-functioning autism. Researchers were particularly intrigued by the significant relationships between behavioral and brain changes, as there is a lack of research in this area. Historically, most autism research has focused on early childhood with treatment results typically measured solely by observable and self-reported behaviors.

“Brain change is a big deal in adults with autism. Many people implicitly believe that brain changes are unlikely for adults with autism, which might affect how they interact with those adults. This study challenges that very notion and has profound implications in the way people would view, interact, and treat adults with autism,” said Daniel Yang, PhD, assistant research professor at the George Washington University Autism & Neurodevelopmental Disorders Institute.

“Many individuals with autism spend months and years in different forms of trainings with limited measurable gains,” explained principal investigator Dr. Sandra Bond Chapman, founder and chief director of the Center for BrainHealth. “A major contribution of our study is the results challenge the outdated view that social cognition issues are difficult to remediate after childhood. Indeed, we find it promising that this intervention extended the potential to positively impact brain systems and social cognition into adulthood.”

The social cognition virtual reality training, now available under the name CharismaTM through the Center for BrainHealth’s Brain Performance Institute, demonstrated that study participants with autism shifted their attention from non-social information — a behavior commonly displayed in autism — to social information, a skill that is meaningful.

This virtual learning platform lays the foundation for scientifically based precision intervention for adult individuals with autism. “Platforms like CharismaTM allow for infinite flexibility in repeatable social practices in a motivating computer-based environment that offers a safe place to attempt interaction without the real-world consequences of failure”, added Tandra Allen, the lead clinician who conducted the trainings at the Center for BrainHealth.

Young adults with high-functioning autism received the evidence-based behavioral intervention over five weeks for a total of ten hours. During the training session, the clinician and participants interacted entirely through virtual avatar characters and engaged in real-time, non-scripted, age-appropriate situations such as job interviewing or dating, while receiving real-time feedback from a coach clinician. Participants were given multiple opportunities within a session to practice these social skills and were tested pre- and post-training.

According to Chapman, virtual learning platforms have the potential to transform assessment, enhancement and motivation toward treatment in a wide range of populations needing practice in complex social environments.

“Our study suggests that our CharismaTM social cognition training, developed by the Center for BrainHealth’s technology team, may offer an advantage in achieving gains to that conferred by traditional types of training in autism. Support of this potential is that the gains were achieved after just 10 hours of training and were present in both social skills as well as the strengthening and reorganizing of underlying brain networks that support social functioning,” added Chapman.

This work was supported by the Harris Professorship at Yale Child Study Center to KAP, Autism Speaks Meixner Postdoctoral Fellowship in Translational Research (#9284) to DY, a gift from the Autism Society-Northwestern Pennsylvania to DY, and the Yale Center for Research Computing for guidance and use of the research computing infrastructure (NIH grants RR19895 and RR029676-01). Additionally, we thank the Rees-Jones Foundation, Vin and Caren Prothro Foundation, and the Crystal Charity Ball for their generous support of Center for BrainHealth’s research.