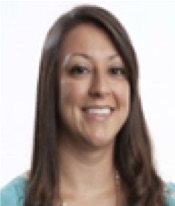 New research from The Center for BrainHealth® at The University of Texas at Dallas shows that advancing age alone is not the defining factor in impaired financial decision-making.

The study, published in Frontiers, assessed how – and whether – age influences cognitive processes that may be involved in financial decision-making. The researchers investigated how factors such as cognition, education and gender affected monetary choices.

“All too often, as people age, we tend to develop a bias expecting diminished capacities, which in turn overlooks, short-changes or discounts their competence to remain actively engaged in personal financial matters,” said study author Dr. Sandra Bond Chapman, founder and chief director of the Center for BrainHealth, and Dee Wyly Distinguished University Professor.

The study examined the influence of age on financial decision-making in terms of sure options versus gamble options in 200 cognitively healthy adults between 28 and 79 years old.

In the study, participants completed three hours of cognitive testing and several rounds of financial decision-making questions. They were tested on a large battery of cognitive measures in the domains of executive function, memory and complex attention.

At the beginning of each trial, participants received a virtual financial nest egg. They then were asked to choose between taking a guaranteed amount that was less than the initial endowment, or gambling the entire amount for a chance to win – or lose – the larger pot.

“We found that individuals who performed better on certain cognitive tests, regardless of age, were less likely to make risky financial decisions. This research is particularly important because the findings caution against attributing impaired decision-making to age alone,” Dr. Chapman continued.

The study also found that older adults were more likely to demonstrate risky financial behavior only when faced with larger amounts of money.

Stronger performance on measures of both strategic learning and delayed memory may predict that a person is better at analytic processing, which is necessary to assess financial risk, Chapman added.

“Future studies are warranted to examine whether these cognitive abilities directly relate to measures of analytic processing and how older adults can be prompted to use analytic processing to avoid potentially fraudulent scams,” said Alison Perez MS’13, PhD’16, lead author of the study who conducted the research at the Center for BrainHealth before joining Lockheed Martin Advanced Technology Laboratories as a research scientist.

“When we see declines in decision-making, these problems may signal early changes related to abnormal health or cognitive decline as opposed to age alone. The key is that retained decision-making is possible at any age with a commitment to keeping mentally active and in the absence of neurologic disease or injury,” Dr. Perez said.

The Center for BrainHealth®, part of The University of Texas at Dallas, is a research institute committed to enhancing, protecting and restoring brain health across the lifespan. Scientific exploration at the Center for BrainHealth is leading edge, improving lives today and translating groundbreaking discoveries into practical clinical application. By delivering science-based innovations that enhance how people think, work, and live, the Center and its Brain Performance Institute™ are empowering people of all ages to unlock their brain potential. Major research areas include the use of functional and structural neuroimaging techniques to better understand the neurobiology supporting cognition and emotion in health and disease.