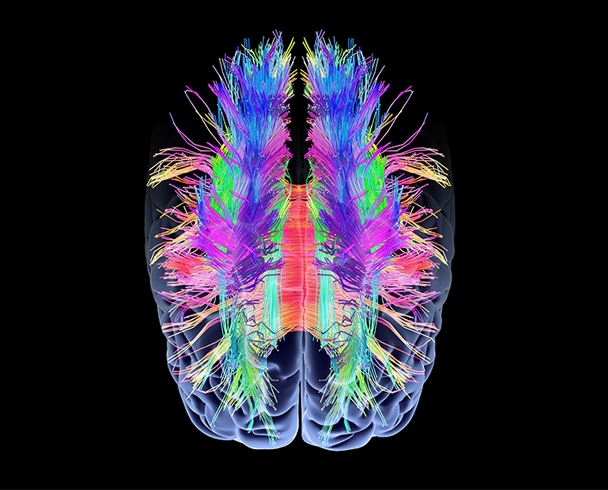 In a recent study, researchers at UT Dallas’ Center for BrainHealth, working in collaboration with colleagues in Sweden, have revealed a link between the dopamine neurotransmitter system in the brain and an individual’s ability to recognize faces.

Led by Dr. Bart Rypma, Meadows Foundation Chair at Center for BrainHealth, the study found that the amount of dopamine relative to the amount of brain activity in the fusiform gyrus strongly predicted the ability to recognize faces. Although the fusiform gyrus has been previously established as an area of the brain related to facial recognition, this is the first time scientists have made a connection between dopamine and facial recognition.

The findings were published in The Journal of Neuroscience. Dr. Nicholas Hubbard, who worked with Rypma, at the Center for BrainHealth, was a co-author of the paper.

“There is an intimate relationship between face recognition and the reward system,” said Rypma, associate professor of cognitive neuroscience and cognitive psychology. “For example, you can imagine that the more sensitive someone is to social rewards, the better they feel during social interactions with familiar faces. People who are better at recognizing faces are likely more socially outgoing than those who have greater trouble differentiating one face from another.”

Dopamine is the "feel-good" chemical linked to the body’s natural reward system. That system drives survival, providing individuals with motivation and rewards in the form of positive stimuli for vital behaviors such as eating nutritious food and procreating.

Participants then underwent fMRI scanning while they were shown the studied faces intermixed with new ones. As participants viewed each face, they were asked to indicate whether it was new or familiar while the researchers monitored their brain activity. Researchers also measured dopamine availability of each participant with a PET scan.

“The findings suggest that the strength of the neural response to the amount of dopamine transmitted could be key to understanding why we remember some faces and forget others,” Hubbard said. “Establishing this empirical link between fusiform activity and dopamine binding, and linking these to a cognitive process that is highly relevant for survival in a social world, was a most exciting find.”

Significant portions of the study were completed while Rypma was in residence at the Aging Research Center of the Karolinska Institutet in Stockholm.

The work was supported by The University of Texas at Dallas Faculty Development Leave program; the National Institutes of Health; the Swedish Research Council; Swedish Council for Working Life and Social Research; Swedish Brain Power, an Alexander von Humboldt Research Award; and a donation from the af Jochnick Foundation, and the Torsten and Ragnar Söderberg’s Foundation.