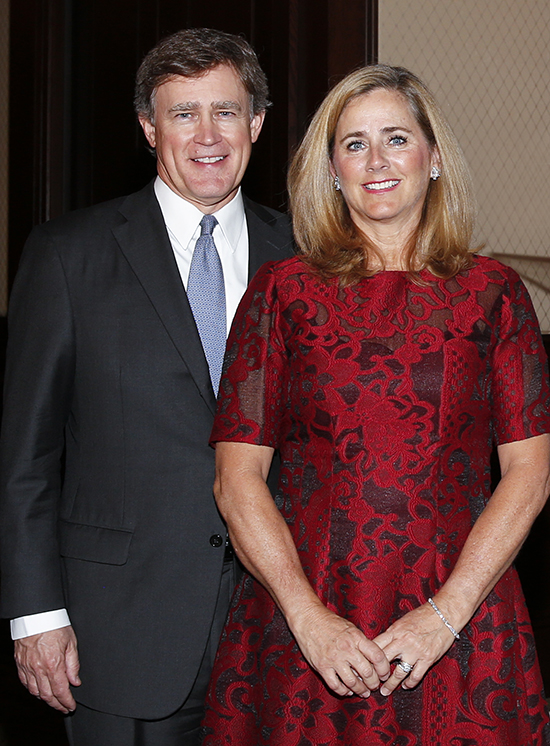 On Nov. 14, the Center for BrainHealth at The University of Texas at Dallas presented Dan Branch with its highest honor, the Legacy Award, given to individuals whose vision and dedication enables the center and its Brain Performance Institute to empower people of all ages to unlock their brain potential.

“Dan Branch’s efforts have helped elevate the cause of brain health to the forefront of discussions not only in Texas but nationwide,” said Dr. Sandra Bond Chapman, founder and chief director of the Center for BrainHealth and Dee Wyly Distinguished University Chair. “Because of his legislative work, we have been able to attract top talent from around the world to grow our research team and continue to make meaningful scientific discoveries that improve lives today.”

“I am most grateful to the UT Dallas Center for BrainHealth for its outstanding work and this gracious honor,” Branch said. “Family members, generous donors, academic leaders and legislative colleagues are the real heroes who inspired and supported my efforts to advance education, innovation and scientific research in Texas.”

As a state representative from Dallas and chairman of the Texas House Committee on Higher Education, Rep. Branch authored House Bill 51, the “Tier One universities” law. This landmark legislation encouraged private giving to public emerging research universities, including UT Dallas, by matching private gifts with state funds. Since 2009, more than $290 million in state funds has matched more than $370 million in private gifts for research.  These gifts and appropriations, along with National Research University Fund distributions of more than $105 million, represent a total investment in Texas emerging research universities of $770 million. As a result of House Bill 51, UT Dallas has received over $80 million in state matches on over $100 million in private gifts for research.

“The Tier One legislation may well be the most important, transformative and wildly successful legislation in Texas relative to public higher education in our lifetime,” said Dr. David Daniel, deputy chancellor of The University of Texas System, who was president of UT Dallas when the legislation took effect.

Dr. Richard Benson, president of UT Dallas, said, “Even a relative newcomer to this state can see the tremendous impact Dan Branch has made on education in Texas.  He was visionary in his efforts, and his work will continue to transform education and the economy of Texas for decades to come.”

Patty and James Huffines were the honorary chairs of the event, and Robin and Eric Bennett were the dinner chairs. The host committee included: Lana and Barry Andrews, Sue and Pryor Blackwell, Marla and Mike Boone, Debbie and Jim Francis, Lynn and Allan McBee, Carolyn and Karl Rathjen, Jane and Bud Smith, and Gayle and Paul Stoffel.