Dr. Yune Lee Brings the Power of Music to the Center for BrainHealth 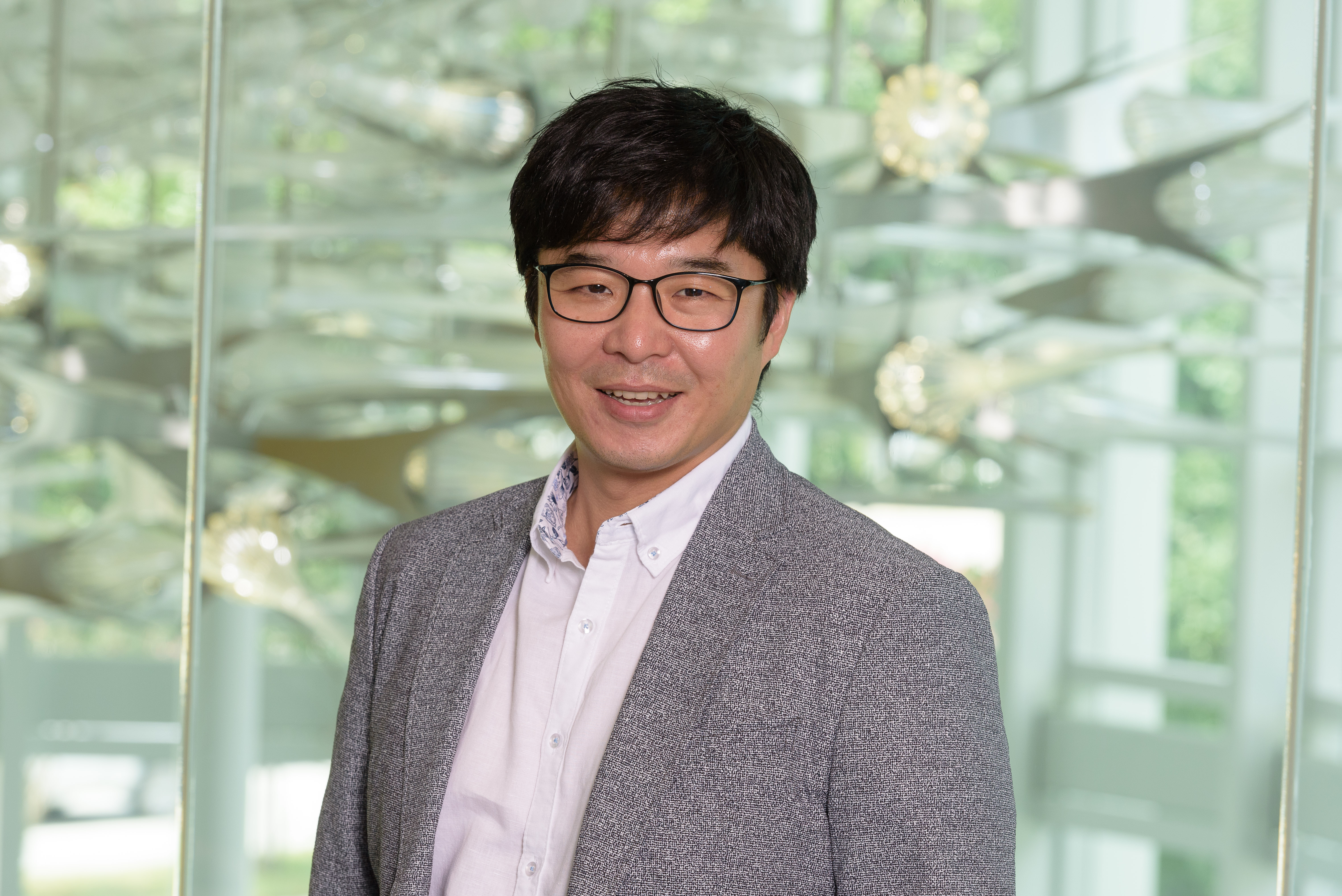 Dr. Yune Lee Brings the Power of Music to the Center for BrainHealth

New Assistant Professor in the UT Dallas Department of Speech, Language and Hearing at the School of Behavioral and Brain Sciences will apply a mechanistic approach to understanding and improving brain health with music.

DALLAS (July 30, 2021) – A dedicated guitarist, Yune Lee, PhD, never imagined he would become a cognitive neuroscientist. But while working to compose music for television commercials, he yearned to understand why the impression of video clips changes depending on the accompanying music. This fascination with the brain eventually led him to the Center for BrainHealth®, part of The University of Texas at Dallas, where he investigates the power of music in speech and language processing.

In addition to his research at the Center for BrainHealth, Lee serves as an Assistant Professor in the Department of Speech, Language, and Hearing with the School of Behavioral and Brain Sciences and as an academic faculty member in the Callier Center for Communication Disorders. Previously, he has held research positions at other prestigious institutions. As a doctoral student at Dartmouth College, Lee combined his passion for music with his interest in the brain by studying music cognition and auditory neuroscience. Upon completing his PhD, he worked with clinical populations at the University of Pennsylvania. Then he became an Assistant Professor at Ohio State University, where he received funding from the National Institutes of Health (NIH) for the development of a rhythm-based language rehabilitation app.

Lee’s first Dallas-area project sought to overcome a significant obstacle: noisy machines interfering in the collection of sound-related data. Lee wanted to play sounds to people and collect images of how their brains respond to the noises using fMRI, but the noise generated by the scanner presented a challenge. Lee developed a hybrid approach to fMRI data collection, where researchers could collect images of different parts of the brain simultaneously and pause the machine to play sounds during the silence between the imaging periods. This new methodology not only enables Lee to carry out his research, but it also empowers other researchers at the Center for BrainHealth and beyond to use this innovative imaging method. The study is published in the Journal of Neuroscience Methods.

By using tools like fMRI to look at the brain’s response to sounds or rhythms, Lee can determine how music can be harnessed to rehabilitate speech and also to improve people’s brain health. “Yune has really got an eye towards the mechanisms behind how language works and how music rehabilitation can help people,” said Daniel Krawzcyk, PhD, Deputy Director of the Center for BrainHealth and a Professor at the School of Behavioral and Brain Sciences at UT Dallas. “This is a new area of investigation, and it is really exciting to us.”

After a stroke, music can promote language function in some patients that suffer from aphasia, or an inability to understand speech or talk. But there is not a lot of evidence to explain why music influences the brain this way. “If we had more science behind how music influences rehabilitation, we might have a better shot at making brain-healthy recommendations for all areas of life and offering people interventions that might improve their well-being,” added Krawzcyk.

Lee’s Speech, Language, and Music (SLAM) Lab has three ongoing projects to explore the intersection of music and neuroscience. The first explores how rhythm drives improvements in speech and language in people with developmental language disorders using neuroimaging methods including fMRI, electroencephalogram (EEG), and transcranial alternating current stimulation (tACS). Another project leverages machine learning techniques to look at whether the brain processes music and language through similar neural networks. The third project looks at how music-driven video game therapy drives changes in the brain to help people with brain damage regain the ability to understand or express speech.

“My hope is to disseminate our findings to not only the neuroscience community, but also to the international patient communities so they can use music for treatment and therapy,” said Lee. “I want to convince skeptics that music is powerful to maintain a quality of life.”

About the Center for BrainHealth®
The Center for BrainHealth, part of The University of Texas at Dallas, is a research institute committed to enhancing, preserving and restoring brain health across the lifespan. Major research areas include the use of functional and structural neuroimaging techniques to better understand the neurobiology supporting cognition and emotion in health and disease. This leading-edge scientific exploration is translated quickly into practical innovations to improve how people think, work and live, empowering people of all ages to unlock their brain potential.