Friends of BrainHealth Award Emerging Scientists for their Innovative Research 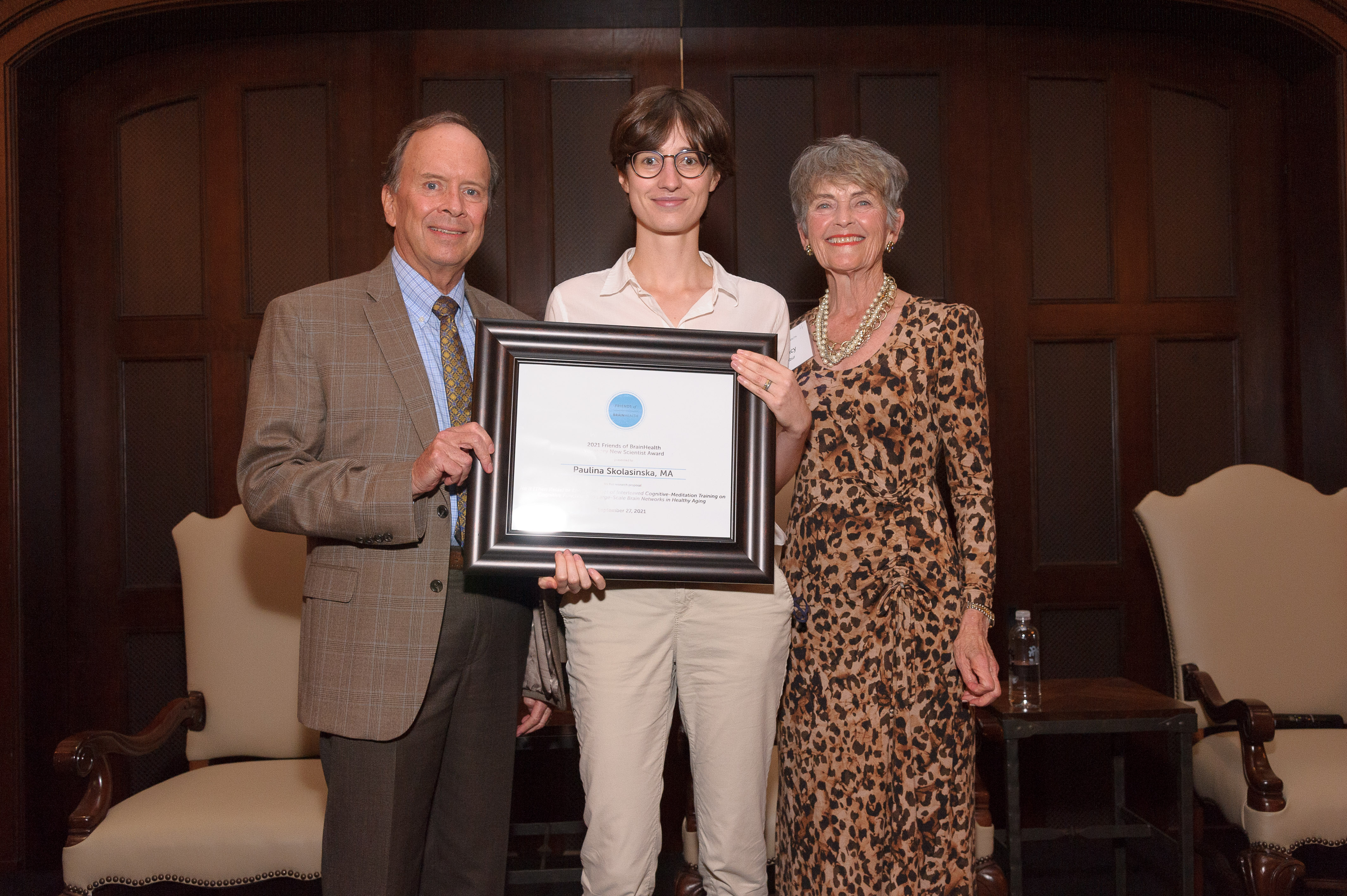 Friends of BrainHealth Award Emerging Scientists for their Innovative Research

DALLAS (September 30, 2021) — The Center for BrainHealth, part of The University of Texas at Dallas, recently hosted the annual Friends of BrainHealth Scientist Selection Luncheon at the Dallas Country Club. The 2021 Visionary New Scientist Award was determined by a live audience vote among three finalists. The recipients of three other awards that had previously been selected were also recognized. All the awards were made possible by Friends of BrainHealth donors.

The award recipients are:

Paulina Skolasinska, MA, was selected by the Friends members during the program to receive the 2021 Visionary New Scientist Award for her project, Use it (Then Relax) or Lose it: Impact of Interleaved Cognitive-Meditation Training on Cognitive Function and Large-Scale Brain Networks in Healthy Aging.

Shawhin Talebi, MS, for his project, How do Environmental and Physiological Markers Track with Measures of Performance?

Kathleen Tate, MS, for her project, “I don’t think I can”: Investigating the Impact of Virtual Reality-Job Interview Coaching on Anticipatory Anxiety and Negative Thinking in College Seniors.

The 2022 campaign launches on October 1st and is chaired by Brian Conroy and Brandi Sinclair. This will be the 15th year for Friends of BrainHealth. To become a Friend, please visit https://brainhealth.utdallas.edu/donate/friends-of-brainhealth/

About the Center for BrainHealth®

The Center for BrainHealth, part of The University of Texas at Dallas, is a research institute committed to enhancing, preserving, and restoring brain health across the lifespan. Major research areas include the use of functional and structural neuroimaging techniques to better understand the neurobiology supporting cognition and emotion in health and disease. This leading-edge scientific exploration is translated quickly into practical innovations to improve how people think, work, and live, empowering people of all ages to unlock their brain potential.