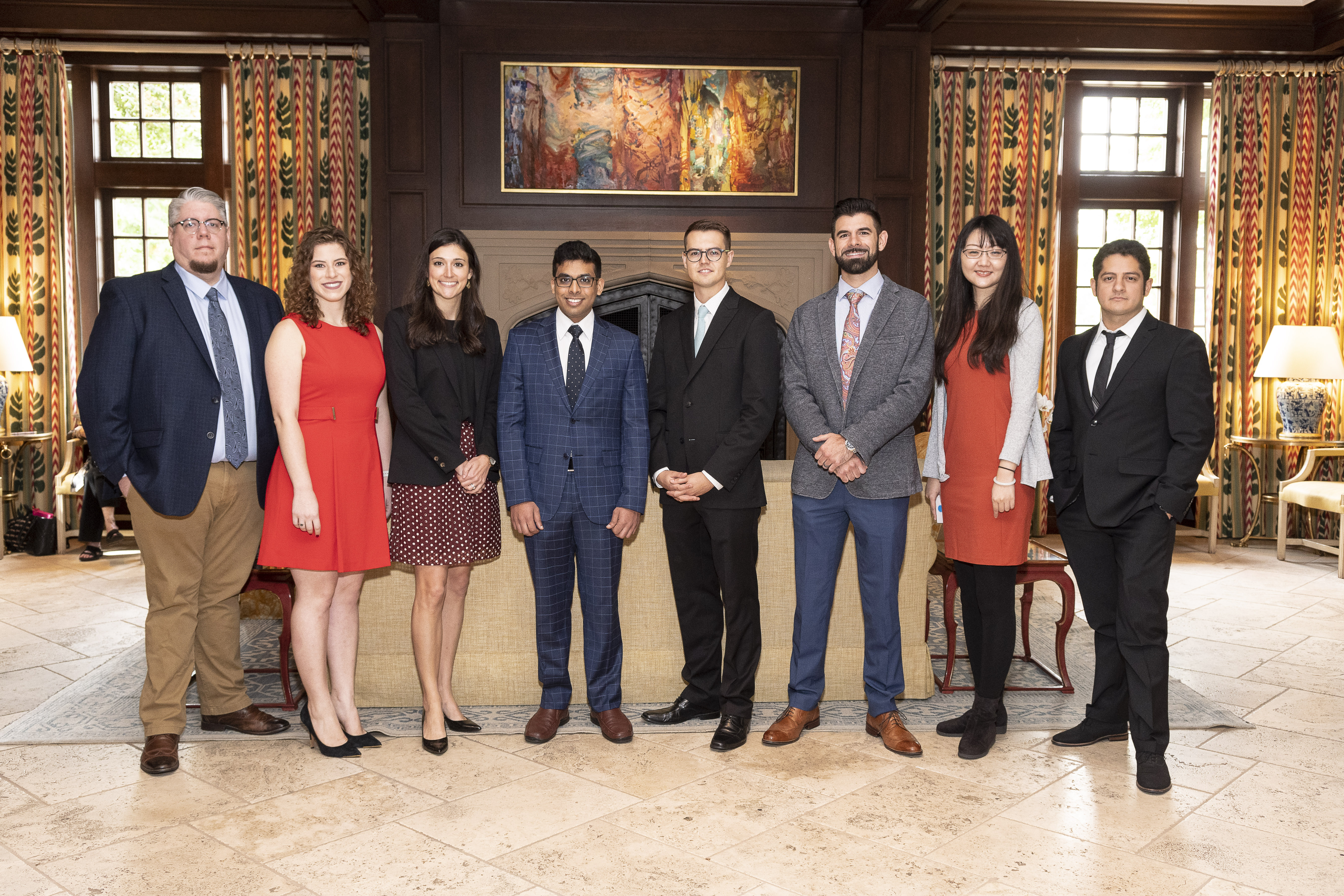 DALLAS (November 7, 2019) – The Center for BrainHealth, part of The University of Texas at Dallas, recently hosted the annual Friends of BrainHealth Scientist Selection Luncheon at the Dallas Country Club, where the following five scientists were awarded funds for their independently designed research studies:

“Funding these young researchers allows them the incredible opportunity of leading their own pilot study and doing meaningful work to advance our understanding of brain health and performance. Thank you to the Friends of BrainHealth for providing significant support during a critical time in their early careers,” said Center for BrainHealth founder and chief director, Dr. Sandra Bond Chapman.

Eleven graduate students, doctoral candidates and postdoctoral fellows at the Center for BrainHealth competed for the awards. Other finalists included:

Mark Zuppichini, MA, a doctoral student in Dr. Bart Rypma’s lab, whose project would investigate yoga as an effective form of symptom management in those diagnosed with multiple sclerosis, specifically to improve depressive mood and memory impairment.

The Center for BrainHealth®, part of The University of Texas at Dallas, is a research institute committed to enhancing, preserving and restoring brain health across the lifespan. Major research areas include the use of functional and structural neuroimaging techniques to better understand the neurobiology supporting cognition and emotion in health and disease. Its translational arm, the Brain Performance Institute, translates groundbreaking discoveries into practical application. By uncovering and delivering science-based innovations that enhance how people think, work and live, the Center and its Institute are empowering people of all ages to unlock their brain potential.