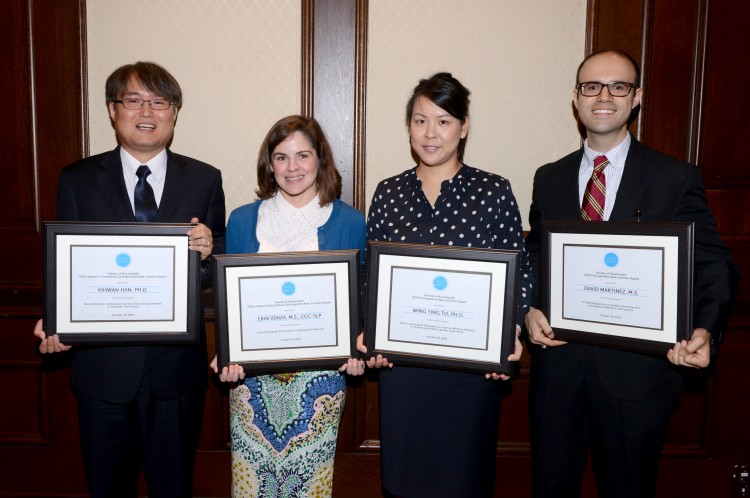 “This is a truly unique way to propel brain science and the young researchers who are its future leaders into new territory and toward new discoveries,” said Dr. Sandra Bond Chapman, founder and chief director of the Center for BrainHealth and Dee Wyly Distinguished University Chair. “We are so grateful to our Friends members. Their efforts and support are making scientific breakthroughs possible and providing the means to elevate scientists early in their careers.”

The Friends of BrainHealth raised almost $310,000 this year and more than $2 million since its inception in 2008.

Dr. Wing Ting To, a research scientist working with BrainHealth’s director of neuromodulation Dr. Sven Vanneste, was chosen for her proposal to investigate memory retrieval in people with mild cognitive impairment, those at the highest risk for Alzheimer’s disease, and the benefits of a non-invasive neurostimulation technique, known as high-definition transcranial current stimulation. Her research will use behavioral and electrophysiological markers to assess its effectiveness on memory.

David Martinez, a doctoral student and research assistant in  Krawczyk’s lab, was awarded a grant to study reasoning ability and eye movements in individuals with traumatic brain injury. His proposal aims to validate a new method for quantifying concussion-related deficits to help survivors maximize recovery with targeted cognitive training.

The Friends of BrainHealth will kick off its 2017 campaign Nov. 1.