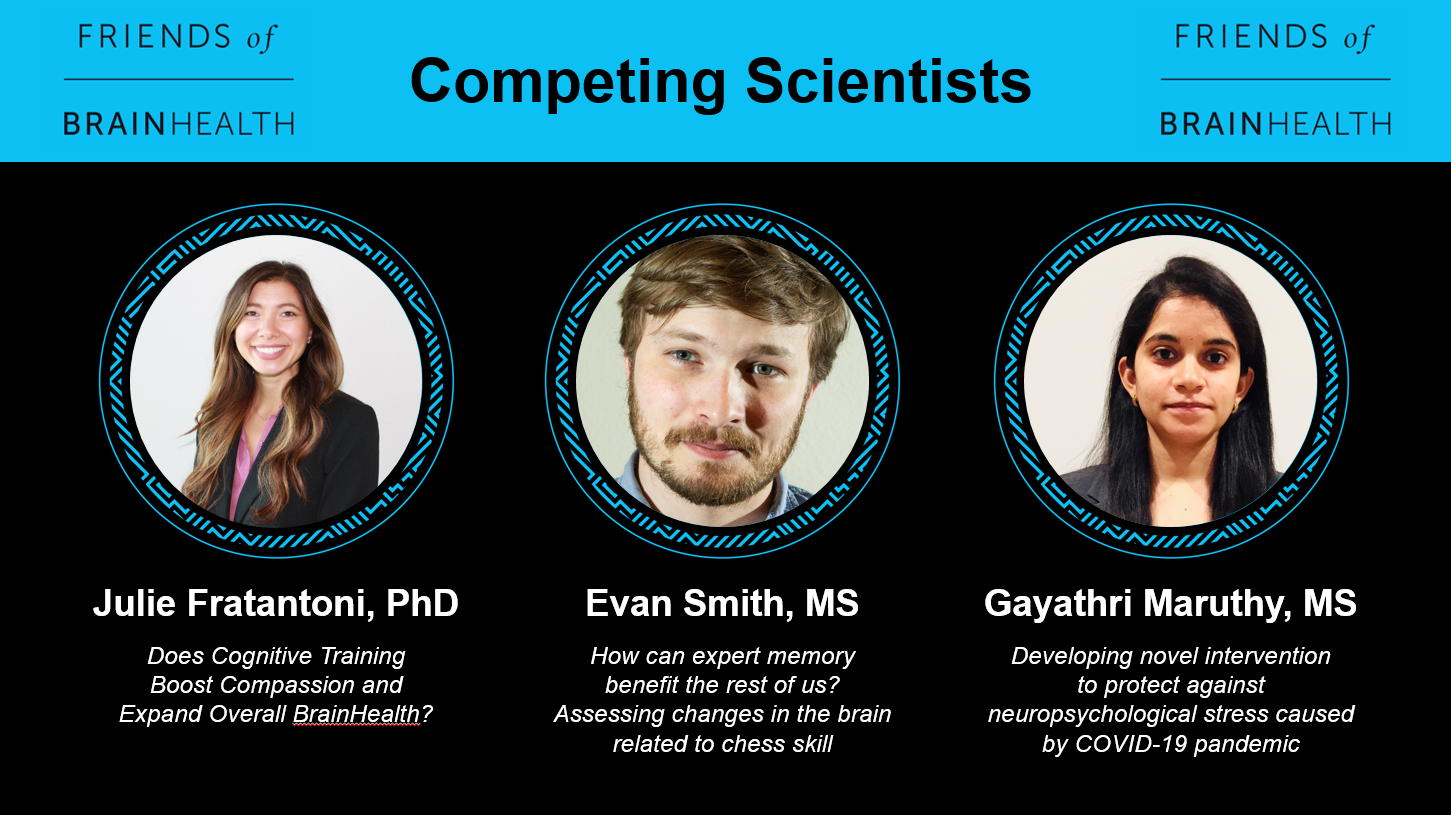 DALLAS (November 17, 2020) – The Center for BrainHealth, part of The University of Texas at Dallas, recently hosted the first-ever virtual iteration of the annual Friends of BrainHealth Scientist Selection Luncheon, during which the following scientists were awarded funds for their independently designed research studies:

Evan Smith, MS – How Can Expert Memory Benefit the Rest of Us? Assessing Changes in the Brain Related to Chess

“During the uncertainty of this year, the commitment of the Friends of BrainHealth has been especially meaningful for our impressive young scientists, and their promising research is only possible thanks to your support,” said Dr. Daniel Krawczyk, deputy director of the Center for BrainHealth and event moderator.

Launched in 2008, the Friends of BrainHealth donor circle has raised a total of $3.1 million for the Center for BrainHealth and granted 43 Distinguished New Scientist awards to emerging BrainHealth researchers. In 2020 alone, this dedicated group raised $273,500.

The 2020 event was held virtually for the first time in its history. Attendees were invited to pick up a gourmet lunch provided by Eating Royally, led by former chef to the British royal family, Darren McGrady.

For information on how to become a Friend, please visit brainhealth.utdallas.edu/donate/friends-of-brainhealth/

About Center for BrainHealth
The Center for BrainHealth, part of The University of Texas at Dallas, is a research institute committed to enhancing, preserving and restoring brain health across the lifespan. Scientific exploration at the Center for BrainHealth is leading edge, improving lives today and translating groundbreaking discoveries into practical clinical application. By delivering science-based innovations that enhance how people think, work and live, the Center and its Brain Performance Institute™ are empowering people of all ages to unlock their brain potential. Major research areas include the use of functional and structural neuroimaging techniques to better understand the neurobiology supporting cognition and emotion in health and disease.