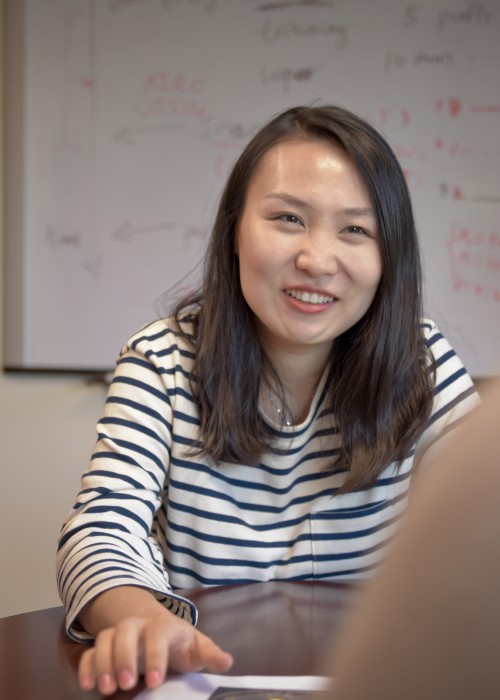 New research by a UT Dallas neuroscientist at the Center for BrainHealth has established a link between autism spectrum disorder (ASD) and pain sensitivity.

The study, led by Dr. Xiaosi Gu, outlines alternations in pain perception faced by people on the autism spectrum and how those changes can affect them in social functions.

“This provides some of the first evidence that links pain perception to social function in ASD. Most experiments on ASD focus either on the social dysfunction aspects or the sensory dysfunction aspects. But very few studies have looked at them both,” said Gu, assistant professor in the School of Behavioral and Brain Sciences.

Published in the European Journal of Neuroscience, the study focused on a very specific aspect of sensory processing — pain perception, with a goal of determining what happens in the brains of high-functioning adults with ASD when they anticipate and feel pain sensations.

The researchers used a stimulation device to deliver mild electrical shocks to the participants, who decided how much pain they were willing to tolerate. The shocks were delivered while the subjects were inside an MRI scanner, so that researchers could measure brain activity and physiological responses when participants anticipated pain and when they experienced it.

One of the areas in the brain known to encode anticipation of pain is the anterior cingulate cortex (ACC). As participants waited in the scanner before receiving a pain signal, researchers could see this part of the brain light up.

Gu said there were three main findings from the study:

Gu said people with autism often are poor at empathy, which is the ability to understand what another person may be feeling. This result indicates that pain anticipation is related to social impairments faced by those with autism.

She said that a withdrawal from interactions may be a way of protecting oneself.

“The risks of encountering pain are part of daily life and are normal for non-ASD individuals, but may be overwhelming for autistic people,” Gu said. “Therefore, one possible explanation of our finding is that to protect themselves, individuals with ASD may not engage in social interactions as much. You reduce the risk of encountering pain or other sensory experiences that are very normal for non-ASD individuals, but not for those with ASD.”

Based on the study results, Gu said that therapists and experts who work with people with ASD should consider developing interventions and treatment options to help with sensory processing, particularly pain.

Other authors of the paper include researchers from City University of New York, Boston University, the University of Toronto, the Icahn School of Medicine in New York and Rush University in Chicago.

The research was funded by the National Institutes of Health.