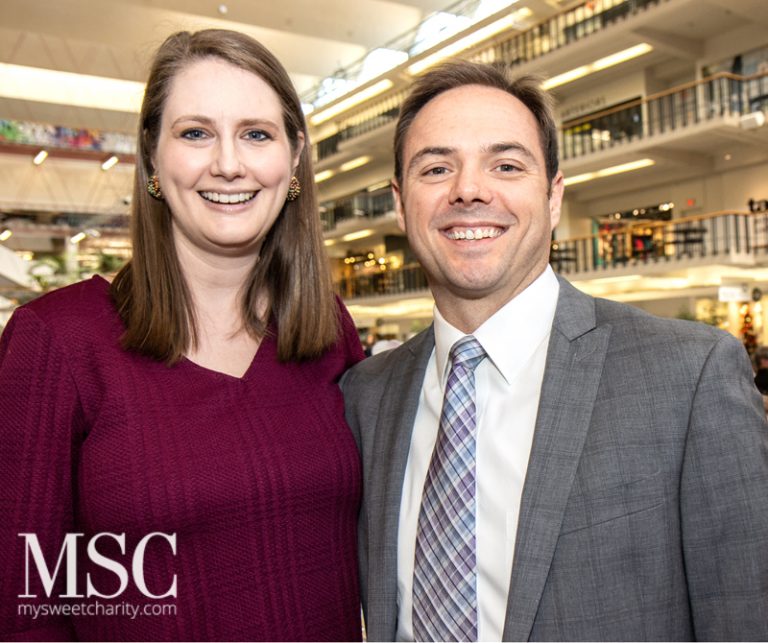 While the fashion show fundraiser didn’t start until 11:30, the nearly 600 guests were arriving before 11. It was a mix of all ages. Some had gray hair; some had extensions. Some wore stilettos; some leaned on walkers.

Following the playing of the national anthem by Madelyn Farquhar and the blessing by Bob Storer, emcee/Clear Channel’s Anna de Haro asked for any who had served in the armed forces to stand.

One of those who stood was Mike Rials. Since leaving the military, he had had his challenges adjusting to civilian life. It was a remarkable story resulting in his joining the Brain Performance Institute, getting married to Bethany Voss on November 17, 2018, and just recently becoming a father of Jenna. On this day he was part of the Center for BrainHealth table, as well as being a board member of Attitudes and Attire.