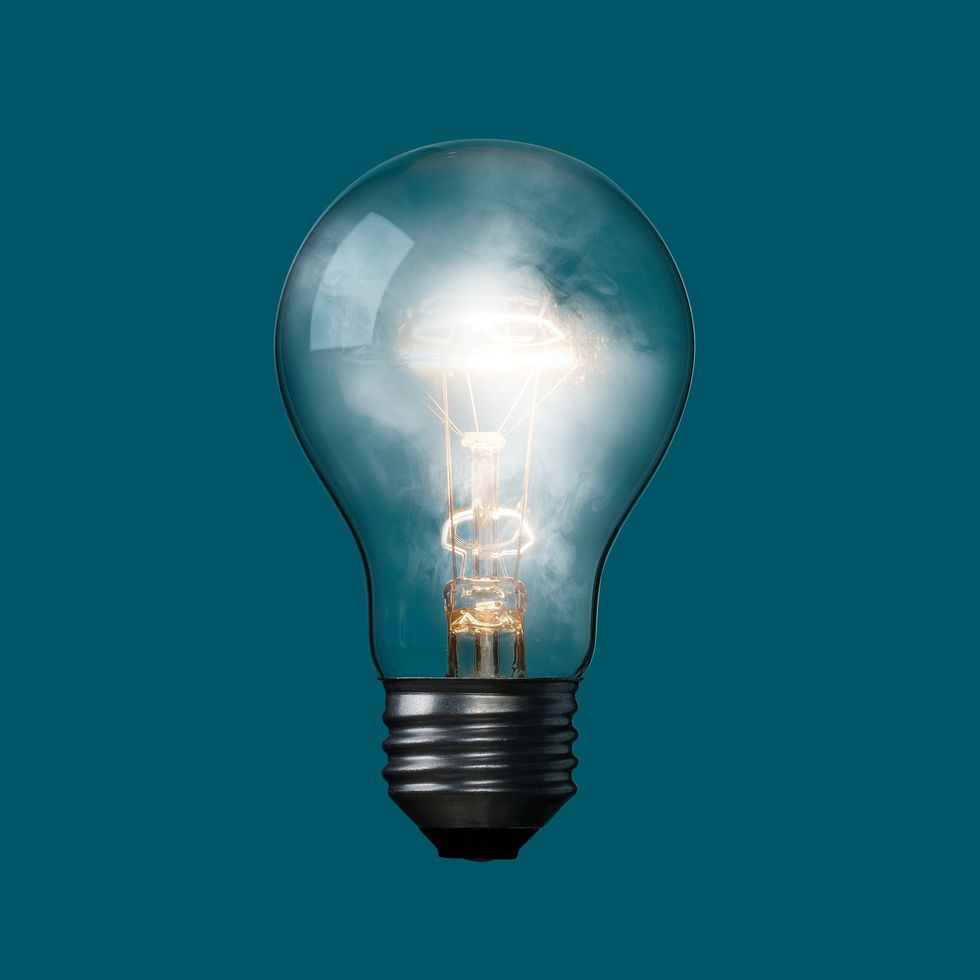 Feeling forgetful, unfocused, and mind-sluggish? Sharpen up your brain with these expert-approved tips.

Stress is certainly a big factor behind that fuzzy feeling, experts say: In fact, being frazzled creates toxins that can build up in your brain and impact your ability to focus, concentrate, and remember multiple things, according to Sandra Bond Chapman, Ph.D., chief director of the Center for BrainHealth at the University of Texas at Dallas. “We all do things that wear out the brain, and then we wonder why we’re not as clearheaded as we used to be,” she says. “When our bodies are fatigued, we recognize that we need to rest. But when our brains are tired, we tend to slog through.” Yet the more you ignore brain fog, the more it builds up—and the more likely it is that you’ll keep having unproductive days and many “it’s on the tip of my tongue” moments.

On the flip side, if you start implementing simple strategies that will give your gray matter a rest, you’ll start feeling clearer—quickly. “Science has revealed the surprising truth that you can actually do more to make your brain healthy than any other part of your body,” says Chapman.

There are a number of reasons your mind may feel foggy, says Chapman. When Delia’s brain fog settled in and nothing she tried—extra sleep, meditation, even a week off from work—seemed to help, she got a little nervous: “I started wondering if I was really sick.”

How to treat and prevent brain fog

When you’re in the thick of brain fog, you might convince yourself it’ll go away on its own. “It’s really important not to just say, Oh, well, I’m a little foggy today—tomorrow will be better,” says Chapman. “The brain is an amazing machine that will rebound, but the question is, will it return to the same level? It’s important to do something proactively to help.” Try these tips:

Check in with your brain

Try an exercise Chapman prescribes to all her patients, which she calls “five by five”: Set an alarm to go off at five intervals throughout the day and spend five minutes stopping all brain activity (don’t even meditate!) and just being in the moment. You might close your eyes and take a rest or sit outside and look at trees. Go for a walk (without listening to a podcast!) and zone out. “Just five minutes with no major input is the best way to reset your brain,” says Chapman.

It may make you feel super productive, but multitasking actually irritates your brain, ultimately slowing it down, says Chapman. Instead of trying to juggle multiple things at once, focus on one goal at a time—and make it doable in a 30-minute chunk of time.

Overthink one thing every day

“Thinking deeply is like push-ups for your brain,” Chapman says. When you read an interesting article online, spend 15 minutes thinking about it and how you might apply it to your life. If you and your partner watch a movie, talk about its message and how it connects with your life rather than just rehashing the plot. Chapman’s research has found that when people engage in deeper levels of thinking, they increase the speed of connectivity across the brain’s central executive network, which is where decision-making, planning, goal-setting, and clear thinking happen, by 30%. “That’s like regaining almost two decades of neural function,” says Chapman.

Your brain actually hates the same old thinking and ways of doing things. That means the best way to give your gray matter a shot of excitement is to innovate, says Chapman: “This prompts the brain to produce norepinephrine, a brain chemical that makes us excited to learn.” Even simple things can help. At work, try a different approach to a task you’ve done a thousand times. In your downtime, take a new route to the grocery store or listen to different music as you walk around your neighborhood.