'He's happier': How a program for special needs athletes helps them find more than fitness 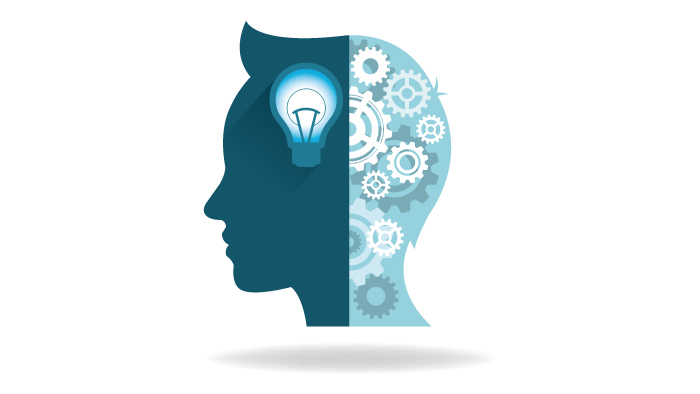 'He's happier': How a program for special needs athletes helps them find more than fitness

When you’re born under the special needs umbrella; when you get frustrated because no one can understand what you’re trying to say; when you are angry or depressed or antsy and don’t quite know what to do with those feelings, you might respond in any number of ways. Maybe you lash out. Or withdraw. Or just stay in bed until your mom practically has to pull you out.

Till one day, you join the ranks of anyone who has ever put on a pair of sneakers and sought solace in sweat. Only you don’t think of it that way. You think of it as being in a gym where your very own trainer lets you lift weights and walk on a treadmill, just like everyone else.

“There are so many possible improvements to be had,” says Lori Cook, director of clinical research for the Center for BrainHealth, “not just engaging in physical exercise, but in the context of group and community building.” Having a schedule, a purpose and goals “is huge.”

Personal trainer Daniel Stein has seen lives change when his clients discover the joys of exercising. His McKinney-based fitness company, Special Strong, works with the special needs population. Many of the people he trains are on the autism spectrum; others have suffered strokes, been in paralyzing accidents, or have such conditions as cerebral palsy or multiple sclerosis.

“This is what I was born to do,” says Stein, a former trainer for the mainstream population who started Special Strong two years ago.

Fitness offerings for people with intellectual and physical limitations can be found at area park and recreation departments as well as other fitness studios and gyms.  Special Strong takes this a step further by making special needs clients its sole focus, as does another Dallas-area studio, Beyond Karate.

Whatever the venue, the benefits go beyond fitness. Special needs athletes also gain confidence and learn skills to make their lives more fulfilling and less stressful.  Perhaps above all else, they learn to believe in themselves.

Robert Hise is autistic. He is 17, tall, solid and strong. He has behavioral issues, his mother says. He has been known to scream and to yell, to hit himself, furniture, the wall.

Since working with Stein for a little more than a year, though, Robert “has had one meltdown in about four or five months,” Jennifer Hise says. “We were having them two to four times a month. Daniel is able to redirect him and get him focused on something else.”

Twice a week, she takes him to Anytime Fitness in McKinney for his sessions. He’s always ready; she never has to encourage him to put on his shoes and workout gear.

“Things are so much happier at home because he’s happier,” says Hise. “With him happier, the family can enjoy time together.”

On a Thursday in April, Robert’s session begins by heaving a medicine ball to the floor over and over. Next up are jumping jacks. After each activity, he and Stein fist bump and point one finger up.

“We normally point to the sky and say, ‘Glory to God,’ ” Stein says. “We believe empowering the mind, body and spirit is key to success.”

Stein, 28, was diagnosed with attention deficit hyperactivity disorder at age 4 and labeled “special needs,” he says. “I didn’t fit in with the crowd and had trouble in school. Then I started playing sports, which really helped me learn to focus. It helped more than medication, more than therapies, and ultimately gave me the impetus to start this company.”

He has certifications from the National Academy of Sports Medicine and the National Federation of Personal Trainers and is also a certified inclusive fitness trainer. While training the mainstream population, he says, several clients had special needs. He felt he’d found his calling.

Stein’s staff includes 10 certified trainers, most of whom have bachelors’ degrees in kinesiology. All are also required to have spent time, either in a work or volunteer capacity, with special needs individuals. They also complete Special Strong’s eight-hour certification, which is designed to teach trainers how to incorporate exercises that engage the brain.

The benefits of exercise go way beyond the physical, says Dianna Purvis Jaffin of the Brain Performance Institute at the Center for Brain Health in Dallas.

“It doesn’t matter what your status,” says Jaffin, director of strategy and programs for the institute. “You’re affecting the whole human system. Exercise affects our hormones, the neural processes, brain health and performance in the brain. It gives you a sense of self-efficacy and self-worth and having control over something.”

Exercise is also a powerful tool in coping with depression, she says. “Once you’re distracted from what ails you and your limitations, you’re free to form new pathways in your brain and new patterns of thinking and behaving.”

Depression was an issue for Josh Walters, a Special Strong client who is 28 and has Down syndrome.

“He had lost energy, endurance, stamina,” says his mother, Karen. “He’d lost interest in everything. Just to get him out of bed was a chore.” He had been an avid hiker, but “we couldn’t take him on hikes,” she says.

Now, though, her son has endurance, she says. His depression medications have been reduced by 75 percent. On a recent trip to Tennessee, Josh led the family hiking. He’s more focused, she says. Plus he feels part of something bigger:

When Stein first meets with clients, he does a 15-point evaluation. From there, trainers design an individualized program. Workouts are held in 15 gyms across North Texas. Prices start at $250 per month for one weekly 30-minute session; boot camp options start at $40 per month.

“It’s worth every penny,” says Dynorah Navarro De Benítez. Twice a week for more than a year, her son Alfredo, who is autistic, exercises with Daniel. “Daniel works with him like he wasn’t special needs. He expects from him what he would of any 13-year-old boy.”

Alfredo is a smiler and a charmer. But while exercising on what’s called the low-row weight machine, Daniel has to tell him, “Alfredo, look at me. Do not say that in the gym.”

What did Alfredo say? “No.”

“This is good for him; it’s community,” his mother says. “Everybody is OK with him here, and we appreciate that. He’s come a long way. He’s working well on following a routine, a sequence. He’s more aware at home. He’s more calm and focused, more willing to listen. His stress is going away. This is something he has control over.

“He’s not verbal enough to communicate how he feels, but we can tell he enjoys it.”