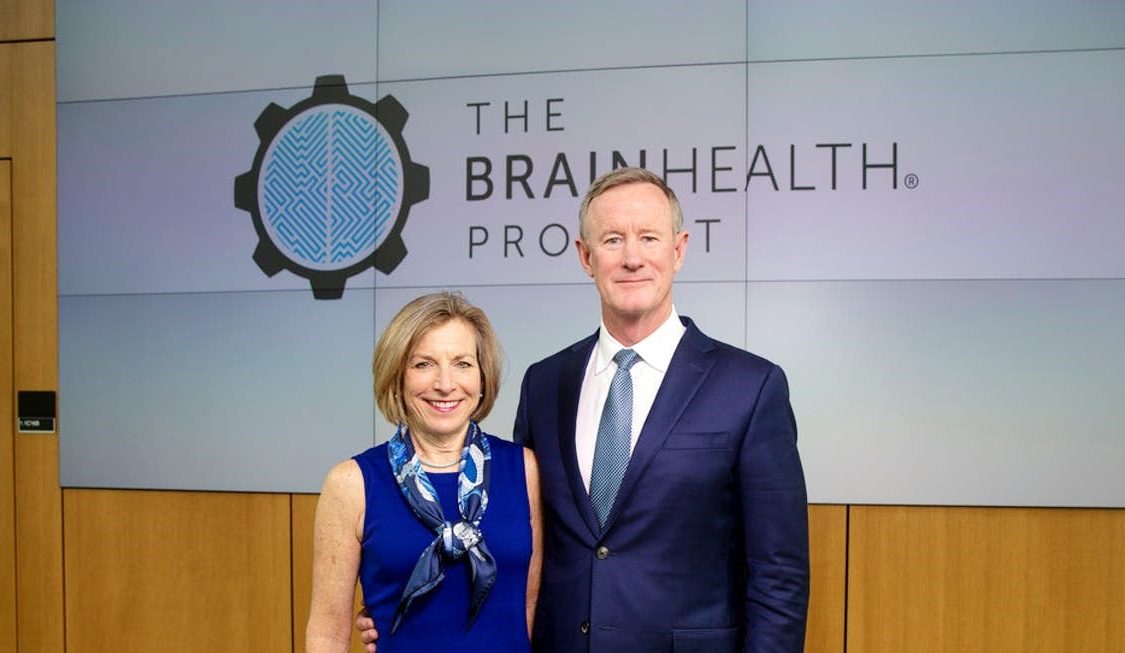 Bill and Georgeann McRaven believe this is an attainable mission.

Is there a FitBit for the brain waiting to be developed?

The retired four-star admiral — who oversaw the special operations capture of Saddam Hussein and the Osama bin Laden raid — and his wife believe there just might be.

That’s why they’ve signed on as the national spokescouple for the BrainHealth Project, the largest-ever brain research initiative, spearheaded by The Center for BrainHealth at the University of Texas at Dallas.

Who wouldn’t want to learn how to stave off dementia or Alzheimer’s and better cope with stress and depression?

“We’re on the cusp of a brain health revolution as you look across the health care industry, everybody recognizes that the neurosciences are the great frontier…we believe that the Center for BrainHealth and its BrainHealth Project are going to lead the way.”

“We are all going to live a long time because of what they’ve done with cancer and the heart.  It’s not going to be fun to live to 100 if, when you’re 80, you don’t know who you are.”