Protect Your Brain for Life: Follow these expert strategies 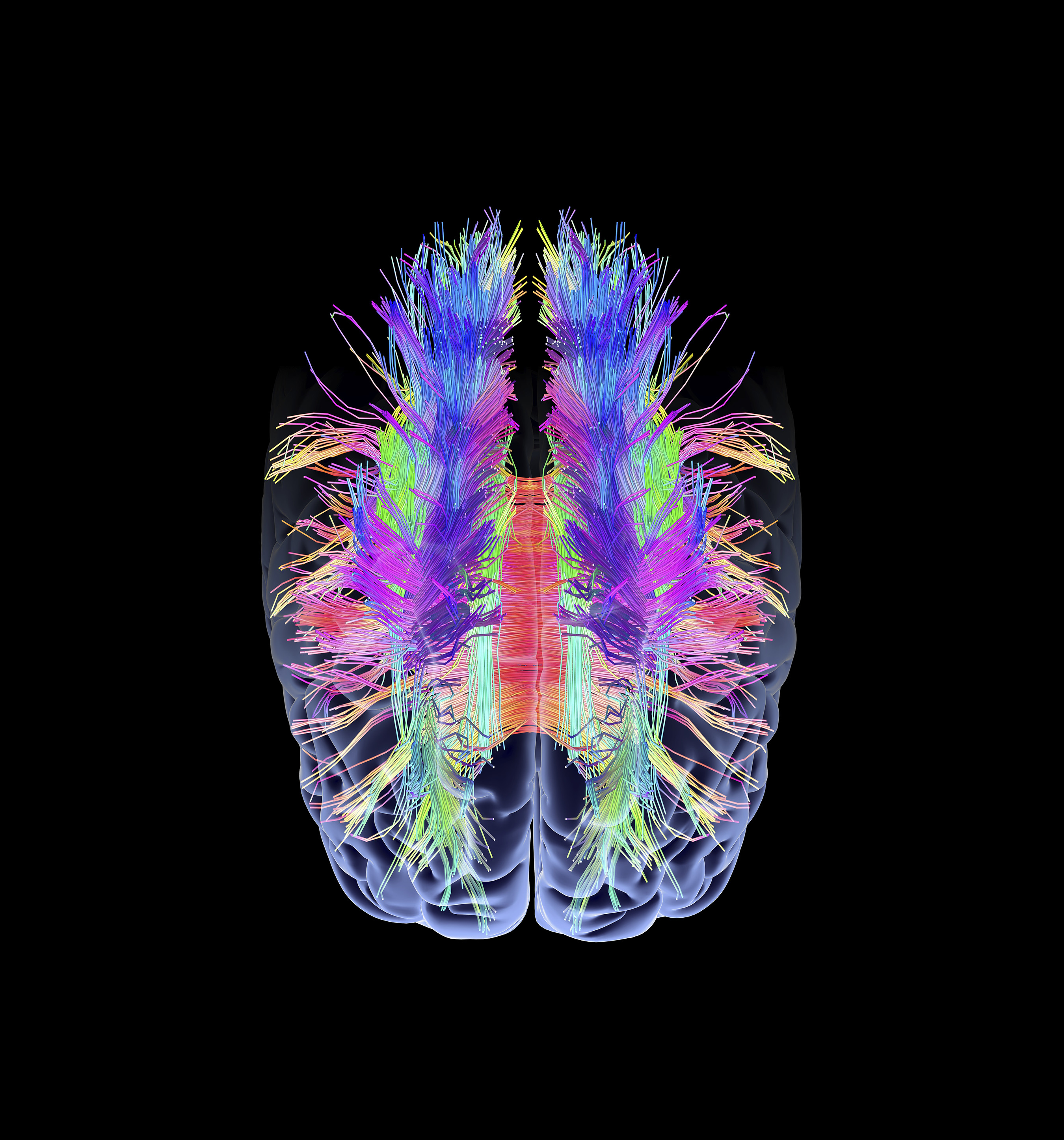 Protect Your Brain for Life: Follow these expert strategies

If you could peek inside your brain at every birthday, you’d see that it’s constantly changing. Brain cells develop and disappear, the connections between them strengthen and weaken over time, even the size of the brain can change as the years go by. But keeping the brain in peak condition is something we tend to think about only at the beginning of life (Which educational toys are best for my baby?), the end of life (How can I stave off dementia?), and when something goes wrong (How do I recover from a traumatic brain injury or stroke?).

“It’s never too early or too late to start protecting your brain,” says Gary Small, MD, professor of psychiatry and director of the UCLA Longevity Center at the Semel Institute for Neuroscience and Human Behavior. While it’s true that certain stages of development are more critical than others, stress and injury to the brain at any age can have long-term effects, he says.

Decades of research show that the ways we maintain good heart health—exercise, nutrition, and controlling high blood pressure, diabetes, and cholesterol levels—are also crucial to brain health. Here’s what’s going on in your brain at crucial stages of life, and smart habits you can adopt to keep it in top shape.

BRAIN ACTION: The first few years of life are spent furiously growing brain cells and developing connections, called synapses, between them, until you peak at more than 100 billion neurons and 100 trillion synapses in late childhood, explains Frances E. Jensen, MD, FAAN, chair of the department of neurology at the Perelman School of Medicine of the University of Pennsylvania. (A 2-year-old has about twice as many synapses as an adult.)

“All the cellular machinery that’s required for learning is set at a higher level in children and adolescents compared with adults,” Dr. Jensen says, which explains why children are so naturally curious and quick to pick up new skills like languages and music.

BRAIN ACTION: In adolescence, the brain is refining and paring down cells and strengthening connections. “We call this process pruning, and it’s ‘use it or lose it’ based on your environment and experience,” says Dr. Jensen. During this period, the brain is rapidly producing myelin, a protein that insulates the axons, the fibers that extend from neurons, so the different parts of the brain can communicate with each other at optimal speed.

Encourage sports, safely. Much has been written lately about the devastating effects of concussions on teen athletes. Traumatic brain injuries can cause changes to thinking, memory, and language, and can lead to epilepsy, Parkinson’s disease, and other neurologic conditions, according to the US Centers for Disease Control and Prevention (CDC). But the benefits of team sports—for cardiovascular, brain, and social-emotional health, avoiding addiction, and gaining a sense of community and accomplishment—outweigh the risks, says Sandra Bond Chapman, PhD, chief director of the Center for Brain Health at the University of Texas at Dallas.

Sticking to non-contact sports such as track and swimming is one way to protect the brain, but even if your child plays football, ice hockey, or soccer, the key is to use the proper protective equipment and to recognize and treat concussions as soon as they happen. “We know what to do if you tear a ligament or break an ankle, but too many head injuries go ignored and untreated,” Dr. Chapman says.

Turn off tech before bed. It was hard enough for teenagers to get their recommended nine hours of sleep each night before the age of Instagram and Snapchat; now many are up all night watching videos on their phones and chatting with friends. Sleep deprivation can lead to depression and more impulsive behavior, says Dr. Chapman. Make it a house rule that everyone—including parents—leaves phones out of the bedroom at night and turns off all electronic devices.

BRAIN ACTION: As you pass into adulthood, the different areas of the brain become even more interconnected, creating a system of checks and balances for all those emotional impulses. In the meantime, more myelin is deposited around the axons, speeding up communication throughout the brain and helping with reasoning and planning, says Dr. Small. This process continues through around age 40. “The speed at which we can communicate information throughout the brain is increasing, peaking in middle age,” he says. Otherwise, this is a time when brain activity is leveling off—no longer the rapid development of youth and not yet the decline of advanced age—unless you have a genetic predisposition to a condition such as multiple sclerosis, which can appear during adulthood.

Exercise outdoors. Exercise is one of the most important ways to keep your brain healthy. It has been shown to create new neurons in the hippocampus, says Dr. Mah. Outdoor activities like jogging, playing tennis, or riding a bike have the added benefit of exposing you to sunshine and upping your stores of vitamin D.

While some research has found a correlation between lack of vitamin D and risk of dementia, more research needs to be done, says Dr. Chapman. What we know for sure is that exposure to sunshine can stave off depression and improve sleep, both of which translate to a healthier brain, she says.

Put down the phone when working. If you’re in the habit of trying to accomplish three things at once, slowing down to focus on one task at a time can benefit your brain, says Dr. Chapman. “We’re learning that multitasking is to the brain as cigarette smoking is to the lungs,” she says. “Chronic multi-taskers have shallower thinking and may be less able to see the bigger picture. Multitasking can also impair sleep patterns, affect memory, and degrade brain systems,” she adds.

BRAIN ACTION: While myelin development typically has peaked by this stage, you can still continue to strengthen your brain’s connectivity by constantly challenging yourself, says Dr. Chapman. You may also start experiencing the occasional memory blip, such as forgetting a neighbor’s name or misplacing your keys, but this isn’t necessarily a cause for concern, says Dena Dubal, MD, PhD, assistant professor of neurology at University of California, San Francisco.

“Changes now tend to be in the frontal lobe, which is responsible for executive function—focus, attention, the ability to hold a thought in the mind while doing something else,” she says. This is a great time to get serious about brain health and make your brain more resilient against future deficits, says Dr. Chapman.

Think harder. One of the most effective ways to exercise different areas of the brain, keeping those lesser-used synapses strong, is to stretch your thinking in practical ways, says Dr. Chapman. This can mean anything from reading editorials that clash with your own political point of view and finding ways to see from the author’s perspective, to watching and interpreting movie genres you aren’t typically drawn to.

BRAIN ACTION: Certain changes in the brain are inevitable as you age: The prefrontal cortex and the hippocampus, both of which are important for memory, planning, and learning, begin to shrink. Some of the myelin-covered axons that you spent the first half of your life developing may begin to degrade, and blood flow in the brain can decrease as arteries narrow. However, the healthier you keep your body and the more you challenge different sections of your brain, the longer you can keep it functioning well, says Dr. Chapman. “When people engage the parts of their brain that are still healthy, they can help push back the more severe cognitive loss by two to three or even five years,” she says.

Do something different once a week. “In retirement, people often go on autopilot,” says Dr. Chapman. “They have the same lunch every day, celebrate their birthday at the same restaurant with the same people every year.” But by innovating in little ways—exploring a new city, a new part of town, or a new recipe, for example—you may be able to stimulate norepinephrine, a powerful neurotransmitter that, among other things, increases motivation, alertness, and speed and retention of learning, she says.