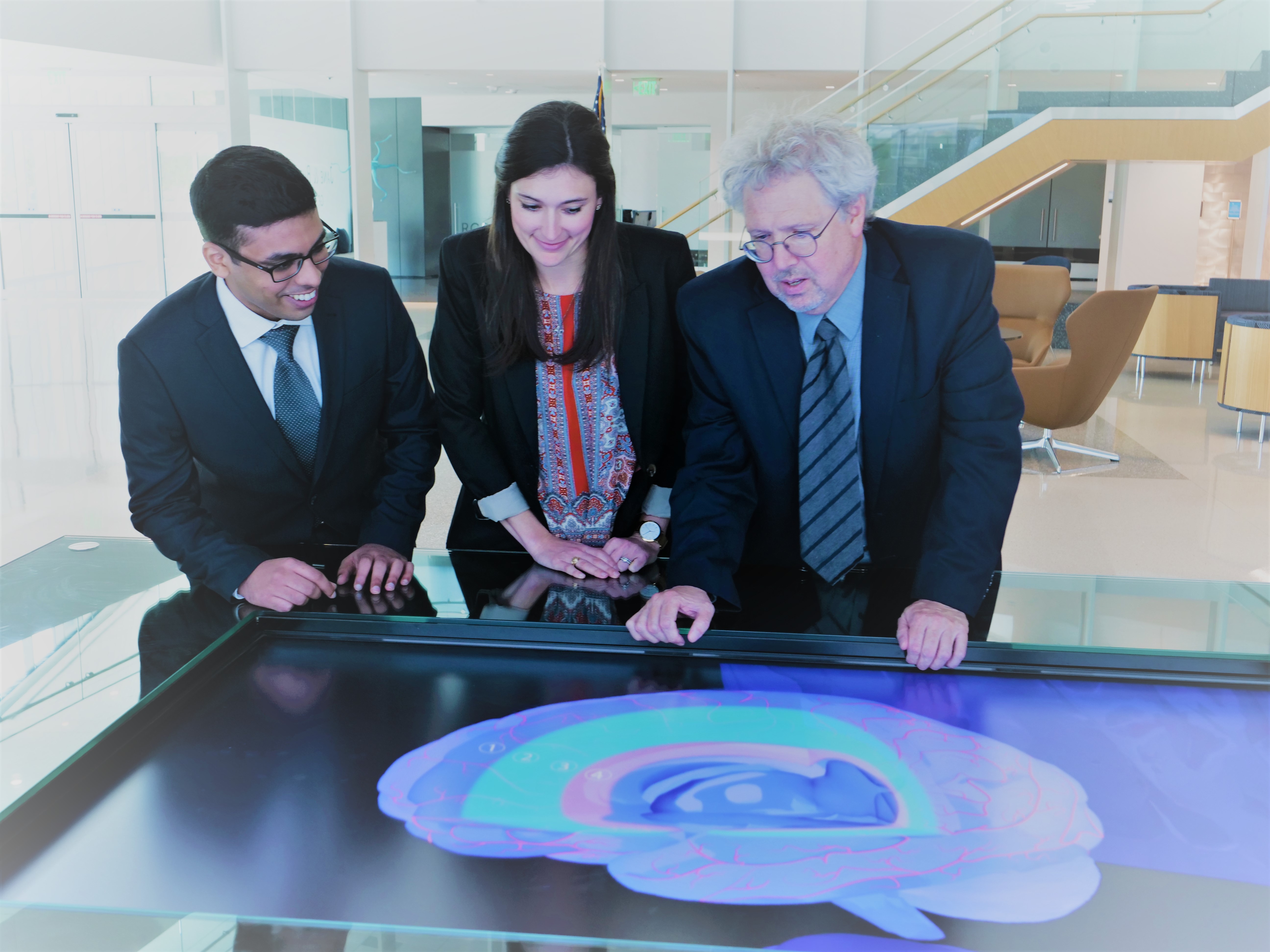 Patent-pending technology has broader applications to evaluate efficacy of treatments

DALLAS (August 30, 2019) – Researchers at the Center for BrainHealth®, part of The University of Texas at Dallas, recently completed a study that assessed the stiffness of blood vessels in individuals with multiple sclerosis (MS) to provide a predictive measure of their cognitive change. The “arterial compliance index” (ACI) is a novel biomarker reflecting the extent of injury in brain blood vessels, which could help monitor the disease, aid in treatment, and distinguish between people who are prone to develop cognitive impairment and those who are not.

Cognitive slowing – reductions in processing speed, the speed with which an individual can think, recall information, and solve problems – occurs in about 70% of MS patients. Processing speed deficits have detrimental effects on day-to-day functioning. Center for BrainHealth researchers wanted to understand how the brains of those MS patients that experience cognitive slowing differ from those MS patients who do not.

“Until now, most research has focused on either global or regional blood vessel stiffness in the brain without taking into account how blood vessels are organized in the brain, how MS affects this organization, and its effects on cognition,” explained Dinesh Sivakolundu, MD, the study’s lead author and a doctoral student in Dr. Bart Rypma’s NeuroPsychometric Research Lab at the Center for BrainHealth.

The researchers developed a patent-pending technology, which utilizes novel analysis techniques of MRI scans to assess the elasticity of arteries and veins in nested layers of the brain, and provides biomarkers to reflect the integrity of the arterial and venous systems along the vascular tree in the brain.

Through this approach, they found that cognitively slow MS patients had stiffer arteries along the vascular tree in the brain when compared to both cognitively normal MS patients and healthy control participants. By associating the arterial compliance index (ACI) with individual reaction time, researchers were able – for the first time ever – to create a predictor of future cognitive decline. The potential to predict cognitive performance in MS compared to currently available metrics (age, disease duration, Expanded Disability Status Scale, total lesion volume, brain atrophy, 9-hole peg test performance) revealed that ACI performed approximately 15% better than all other currently available MS metrics combined. The results are published in Multiple Sclerosis Journal (August 2019).

“By providing a predictor of future cognitive change, this groundbreaking technology creates the opportunity for early intervention,” added Rypma. “This is very significant in MS, and also potentially in other instances that will benefit from the ability to predict cognitive course. The results of this study indicate a need for further research with a broader population.”

The Center for BrainHealth®, part of The University of Texas at Dallas, is a research institute committed to enhancing, preserving and restoring brain health across the lifespan. Major research areas include the use of functional and structural neuroimaging techniques to better understand the neurobiology supporting cognition and emotion in health and disease. Its translational arm, the Brain Performance Institute, translates groundbreaking discoveries into practical application. By uncovering and delivering science-based innovations that enhance how people think, work and live, the Center and its Institute are empowering people of all ages to unlock their brain potential.