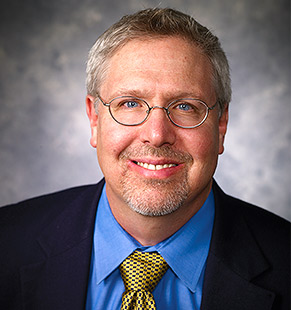 Every other week, we sit down with Center for BrainHealth scientists to discuss how they became interested in the field of cognitive neuroscience and the specific research studies with which they are involved. This week, learn more about the work of the Center's Dr. Bart Rypma.

When did you decide you wanted to be a neuroscientist?

I’ve always wanted to be a scientist. As a kid, I excelled in math and science, and when anyone asked me what I wanted to be when I grew up, I would always say “a scientist” without hesitation.

I graduated from NYU with a bachelor’s degree in psychology and became interested in aging research and cognitive processing. Early in my career, I was working at the VA in New York City, and one of my patients was a man in his late 70s who had a distinguished career, serving as a fighter pilot in World War II and then in the U.S. diplomatic core. A man who had such worldly experience and who had done so much for our country was walking around in pajamas without direction, unaware of where he was and those around him. A once brilliant man was now hopeless. His story inspired me to study the basic processes of cognition.

What do you do at the Center for BrainHealth?

At the Center for BrainHealth, I study aging. Using fMRI, we have established that people who perform better require less commitment of brain tissue when performing. As we age, neural efficiency decreases requiring changes in how we allocate mental resources so that we perform optimally. Optimizing neural efficiency involves developing strategies to optimize mental resources. My research assesses how efficiently someone performs, and the effects of cognitive training on neural efficiency using a combination of behavioral and functional imaging.

Why study the brain?

The brain and the study of short-term memory are fascinating. I was drawn to the concept that there is individual variability in performance of cognitive tasks and brain activity in terms of reaction time and accuracy.

What’s an extraordinary day for you?

An extraordinary day would be when my research points us in a new direction. I have an inquisitive mind and want to continue to push beyond a brilliant idea and flesh out the details on how the cognitive process works deep within the brain.

What are three adjectives that describe you?