Reprogramming the Brain to Health Symposium 2016 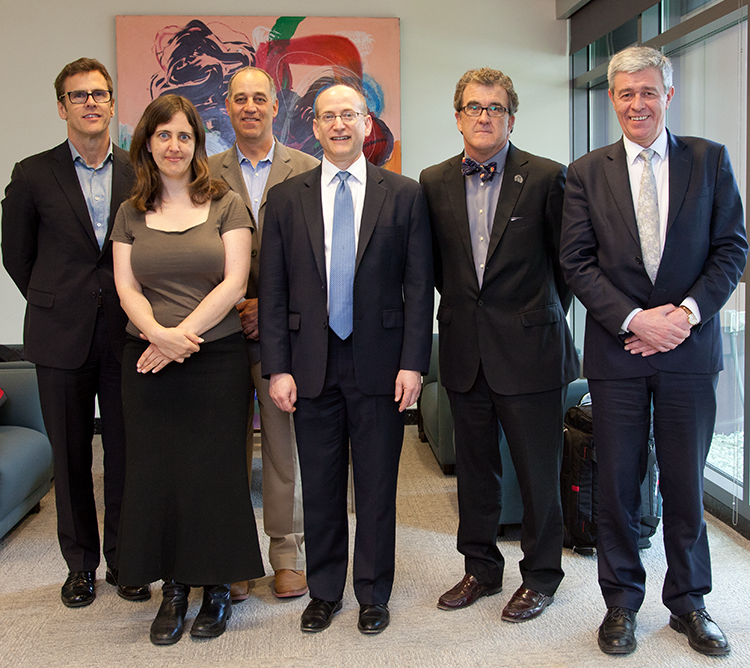 Reprogramming the Brain to Health Symposium 2016

In its tenth year, the Symposium highlighted neurology and advances made in computational psychiatry, an emerging field that seeks to use neurobiological information to inform individualized therapies.

The most distinguished brain scientists from around the world shared groundbreaking discoveries that may further precision medicine at the Center for BrainHealth’s Reprogramming the Brain to Health Symposium on April 14. In its tenth year, the Symposium highlighted neurology and advances made in computational psychiatry, an emerging field that seeks to use neurobiological information to inform individualized therapies.

Scientists discussed how computational psychiatry is informing their research in anxiety and impaired decision making, depression, addiction, schizophrenia, rehabilitation and cognitive dysfunction, and what networks are associated with thought and decision-making. The Symposium is held in partnership with the Helen Wills Neuroscience Institute at University of California, Berkeley.

“The future of mental health will be to depart from the one-pill-fits-all era to an age of individualized care that can specifically target an underlying disorder based not only on behavior, but also neural data,” said Xiaosi Gu, Ph.D., assistant professor at The University of Texas at Dallas and head of the Computational Psychiatry Unit at the Center for BrainHealth. “Using imaging technology and advanced analysis, we will one day be able to objectively measure psychological well-being and evaluate the effectiveness of treatment and therapy. Having the founders of computational psychiatry – Dr. Friston, Dr. Montague and Dr. Dayan present the latest discoveries to an audience hungry for brain health advances was truly exciting.”

Annually at the symposium, the Charles L. Branch BrainHealth Award is given to a pioneering neuroscientist whose innovation has made a tremendous contribution to brain research. This year’s recipient, Professor Karl Friston, FRS, FMedSci, who is considered the father of modern brain mapping, was honored. Dr. Friston is the Wellcome Trust Principal Research Fellow and Scientific Director of the Wellcome Trust Centre for Neuroimaging, Professor at the Institute of Neurology at University College London, and an Honorary Consultant to the United Kingdom’s National Hospital for Neurology and Neurosurgery.

“Our family has been honored to see the legacy of my father recognized through this Charles Branch BrainHealth Award,” said Charles Branch Jr., M.D., chair of neurosurgery at Wake Forest University. “We really appreciate the opportunity to participate in a perpetuation of great science that investigates how the brain works and how we are going to unravel the mysteries of the brain.”

Interviews with the Symposium speakers along with their full lectures will be available soon.