Reprogramming the Brain to Health Through Scientific Research 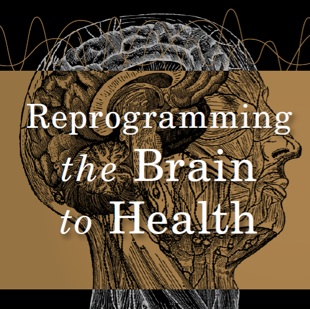 Reprogramming the Brain to Health Through Scientific Research

On April 12, the Center for BrainHealth, in partnership with the Helen Wills Neuroscience Institute at The University of California, Berkeley, held the annual Reprogramming the Brain to Health Symposium.

Keynote Speaker – Dr. Donald T. Stuss was recently named the President and Scientific Director (interim) of the Ontario Brain Institute, a new establishment funded by the Canadian government and dedicated to becoming an internationally recognized center of excellence in brain research, translation, and innovation. Dr. Stuss remains a Professor of Medicine at the University of Toronto as well as a Senior Scientist with the Rotman Research Institute (RRI) of Baycrest Centre. He was previously the founding director of RRI for 21 years as well as the Vice President for Research from 1991-2004 and 2006-2009. Dr. Stuss is a leader in the study of understanding and treating the cognitive functions and personality changes associated with the frontal lobes as they occur after stroke, in normal aging, and in those with TBI or dementia. He has co-authored one book, co-edited four books, written in over 175 publications and 48 book chapters, and has presented over 250 invited scientific lectures and workshops. Dr. Stuss was awarded The Order of Ontario in 2001, the Alumni Association Faculty Award from the University of Toronto in 2004, and an honorary diploma from The Michener Institute for Applied Health Sciences in 2008. Sponsors of Dr. Stuss’s research have included the Canadian Institutes of Health Research, the National Institute of Neurological Disease and Stoke (NINDS), and the U.S. Alzheimer’s Association.

Dr. Michael P. Alexander is a Professor of Neurology at Harvard Medical School and works with an international cognitive research team at the Rotman Research Center in Toronto, Canada. Previously, Dr. Alexander served on the Massachusetts Hospital Association Stroke Guideline Task Force, was the Director of Stroke Rehabilitation and Aphasia Programs at Braintree Hospital, and was Chief of the Neurobehavior Unit at the Boston V. A. Hospital. Dr. Alexander’s research centers around cognitive and rehabilitation neurology. He has published over 140 articles on aphasia, spatial neglect, handedness and cerebral dominance, memory disorders, TBI, stroke rehabilitation, and frontal lobe disorders. Also, Dr. Alexander has been named to the U.S. News and World Report’s Top Doctors list, Who’s Who in America, and a Castle Connolly Top Doctor – Massachusetts. In 2010, Dr. Alexander received the C. Miller Fisher Award of American Heart/Stroke Association and Boston Magazine Best Doctor’s Award.

Dr. Sandra Bond Chapman, founder and chief director of the Center for BrainHealth at The University of Texas at Dallas, is committed to maximizing human cognitive potential across the entire human lifespan. As a cognitive neuroscientist with more than 40 funded research grants, her scientific study elucidates and applies novel approaches to advance creative and critical thinking, strengthen healthy brain development, and incite innovation throughout life. Dr. Chapman collaborates with scientists across the country and around the world to solve some of the most important issues concerning the brain and its health. On the frontier of brain research, her scientific study melds interdisciplinary expertise to better understand how to evaluate and achieve optimal brain performance through preserving frontal lobe function, the area of the brain responsible for reasoning, planning and decision making. Committed to developing, testing and implementing training regimens that maximize brain function, Dr. Chapman is dedicated to promoting brain health fitness, developing futuristic thinkers, and helping individuals, young or old, think smarter.

Dr. Tony Chen is Assistant Professor of Neurology at the University of California, San Francisco and Associate Director of the Center for Brain Injury Treatment and Research at the Veterans Affairs Northern California Health Care System (VANCHCS) in Martinez. He is a neurologist clinician-researcher at the Veterans Affairs Medical Center in San Francisco and at the VANCHCS. Dr. Chen has been pioneering new methods for studying the neurophysiologic bases of learning in the human brain using functional brain imaging biomarkers and translating these methods to the study and development of methods for enhancing cognitive functioning. Dr. Chen is Principal Investigator of a research program aimed at investigating the neural changes that support cognitive rehabilitation for patients with brain injuries, using combined methodologies of computerized and goal-oriented training with functional and anatomical brain imaging.

Dr. Lori Cook is a certified speech-language pathologist with more than nine years of experience in conducting research and clinical cognitive-linguistic evaluations and intervention of children with neurologic communication disorders. Currently, Dr. Cook oversees the pediatric brain injury research programs at the Center for BrainHealth at The University of Texas at Dallas, including coordination of two studies involving specialized evaluation and cognitive intervention for children and adolescents with acquired brain injury. Dr. Cook’s research is focused on understanding the rehabilitative effects of long-term follow-up care, with the hope of developing a successful format for identifying, monitoring and maximizing the potential of children with acquired brain injuries in order to help them be successful in their home, school and community environments.

Dr. Jordan Grafman joined the Kessler Foundation Research Center as the Director of the Traumatic Brain Injury Research Laboratory in January 2011. Previously, he served the U.S. Air Force as the Neuropsychology Chief on the Vietnam Head Injury Study, multidisciplinary research conducted at Walter Reed Army Medical Center in Washington, D.C., was a Senior Staff Fellow in the Clinical Neuropsychology Section, and then became Chief of the Cognitive Neuroscience Section in the NINDS. He has received the Defense Meritorious Service Award, the NIH Award of Merit, and most recently the NIH Director's Award for his work on TBI. Dr. Grafman's Laboratory is attempting to identify the nature of representational knowledge stored in the human prefrontal cortex including social and executive functions, the types of cognitive neuroplasticity that occur during learning and recovery from brain damage, and the relationship between genetic predisposition and outcomes after TBI.

Dr. Arthur Kramer is a Professor in the Department of Psychology, the University Neuroscience program, Institute of Aviation, and a full-time faculty member in the Beckman Institute where he was named Director in 2010. He was the Director of the Biomedical Imaging Center at the University of Illinois from 2004 to 2010 and Co-Director of the NIH Roybal Center for Healthy Minds from 2002 to 2008. Dr. Kramer has published numerous works in the fields of cognitive neuroscience, cognitive psychology, cognition and brain plasticity, aging, attention, perception, and human factors. He has served as an Associate Editor of Perception and Psychophysics from 1993 to 1999 and is currently a member of seven editorial boards. Dr. Kramer is also a recent recipient of a NIH Ten Year MERIT Award. His research has been funded by the National Institute on Aging, the National Science Foundation (NSF), and the Defense Advanced Research Projects Laboratory.

Dr. Leah A. Krubitzer heads the Laboratory of Evolutionary Neurobiology in the Center for Neuroscience at UC Davis, as well as holds a faculty position in the Department of Psychology. Dr. Krubitzer combines anatomical and physiological techniques to map the areas of the cortex sensitive to touch and vision. Her research has provided new insights into the development of the cerebral cortex and the evolutionary forces driving brain adaptation. This approach won Dr. Krubritzer a MacArthur Fellowship (“genius” award) in 1998 and a Herrick Award from the American Association of Anatomists in 1996. She is currently the editor of The Evolution of Nervous Systems in Mammals, has served on several NIH study sections and has published many academic papers, journal reviews, and book chapters. Dr. Krubitzer has received research funding from NIH, the University of Queensland, and the Australian Research Council.

Dr. Earl K. Miller is currently the Picower Professor of Neuroscience at the Massachusetts Institute of Technology (MIT) with academic appointments in The Picower Institute for Learning and Memory and the Department of Brain and Cognitive Sciences. Previously, Dr. Miller served as the Co-Director for the Center of Excellence for Learning in Education, Science, and Technology at the NSF Science of Learning Center and as an Intramural Research Fellow for the National Institute of Mental Health’s (NIMH) Laboratory of Neuropsychology. Dr. Miller has published extensively on his research using experimental and theoretical approaches to study the neural basis of the high-level cognitive functions that underlie complex goal-directed behavior.  His paper with Jonathan Cohen, “An Integrative Theory of Prefrontal Cortex Function,” has been designated a Current Classic for being among the most cited papers in Neuroscience and Behavior. Another paper, written with Tim Buschman, “Top-down versus Bottom-up Control of Attention in the Prefrontal and Posterior Parietal Cortices,” was The Scientist’s Hot Paper for October 2009. Dr. Miller received the NIMH MERIT Award in 2010.

Dr. Stephen M. Rao is the Ralph and Luci Schey Chair and Director of the Schey Center for Cognitive Neuroimaging at Cleveland Clinic. Prior to joining the Clinic in 2007, he was Director of the Functional Imaging Research Center and Professor of Neurology (Neuropsychology) at the Medical College of Milwaukee, Wisconsin. He has authored over 125 scientific papers and book chapters and edited three books in the primary research areas of cognitive, personality, and neuroimaging changes associated with multiple sclerosis, using fMRI to study motor control, temporal processing, and working, episodic, and semantic memory, and conceptual reasoning. He has been a recipient of a National Institutes of Health (NIH) Research Career Development Award and has received funding from NINDS, U.S. Department of Defense, and the National Multiple Sclerosis Society. Dr. Rao is also President-Elect of the International Neuropsychological Society and has served on its Board of Trustees, as well as the Board of Directors of the American Board of Clinical Neuropsychology.

July Inside The BrainHealth Project (12pm)