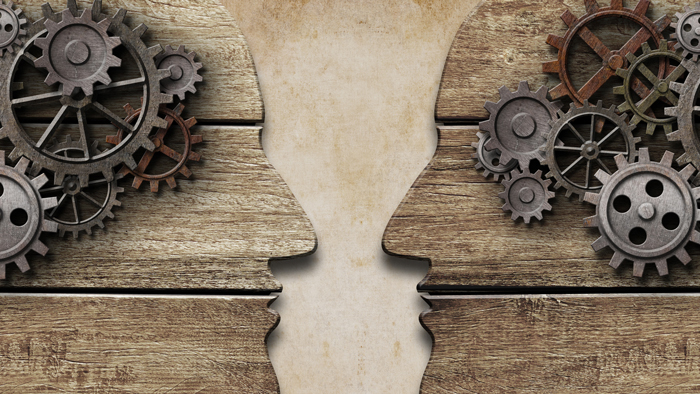 Experts estimate that 5.4 million people in the United States are now living with Alzheimer's disease, a type of dementia that causes problems with memory and other functions. As the numbers of those with Alzheimer’s disease continue to climb, treatable versus untreatable cognitive decline has become one of the greatest public health concerns today.

Researchers at the Center for BrainHealth are proving that much can be done to improve a patient’s quality of life when receiving a heartbreaking diagnosis, instilling hope where it may have been lost.

Scientific study at the Center for BrainHealth focuses on four particular areas:

The scientific discoveries at the Center for BrainHealth are centered on maximizing multidisciplinary science to identify brain markers to document cognitive and structural brain changes in response to treatments. The research team hopes to identify people in the preclinical phases of Alzheimer’s disease by characterizing certain markers in the brain that are related to memory deficits.

The importance of being early

Center researchers are studying the effects of mild cognitive impairment (MCI) by testing people with this early memory disorder to evaluate how their brains differ from those of healthy older adults.

The goal: To reliably identify people with MCI early so physicians can prescribe a course of treatment that will either slow or stop the progression of memory disorders, including Alzheimer’s disease and other forms of dementia.

Simultaneously, researchers at the Center for BrainHealth are also examining the earliest semantic memory retrieval markers of progression from mild cognitive impairment to early Alzheimer’s disease based on a model of semantic retrieval.

Center researchers have discovered early EEG/ERP markers of conversion of mild cognitive impairment to Alzheimer’s disease and other dementias that will greatly aid early detection and successful application of emerging interventions to slow and hopefully prevent progression to Alzheimer’s disease.

Scientists at the Center for BrainHealth are investigating the cognitive and neurobiological mechanisms of human memory and how they are influenced by aging and disease. The research uses functional magnetic resonance imaging (fMRI) to observe the brain activity of younger and older adults as they perform mental tasks and focuses on the continued development of fMRI experimental methods to make comparisons across population groups.

The research team has created an innovative model based on differences in neurostructure and function that are used to drive predictions and formulate experiments in a number of different domains, especially normal cognitive aging and diseases such as Alzheimer’s.

Center for BrainHealth researchers continue to provide hope for those who have been diagnosed with the devastating disease of Alzheimer’s – hope for maintaining as much of a normal life as possible for a person with the disease as well as their caregivers, hope for finding early indicators of the disease, and hope that our research will lead to a better understanding of Alzheimer’s and other dementias, protection of cognitive function and healing of the brain.

The National Institutes of Health has developed guidelines to cover the full spectrum of the disease as it progresses. The new guidelines also incorporate the use of biomarkers, as found in spinal fluid, blood, or neuroimaging tests, to diagnose the disease and assess its progress. The stages have been divided into the following:

The first stage, as defined by the new criteria, is for research purposes only and addresses the idea that patients could be developing Alzheimer’s even when they are not experiencing cognitive or memory problems. Including this preclinical phase will help researchers, like our team at the Center for BrainHealth, determine whether there is a detectable biological change caused by Alzheimer’s.

Before an individual is diagnosed with Alzheimer’s, he or she may exhibit small, but notable, changes in memory, behavior, and thinking as a result of MCI. While these changes do not affect the individual’s ability to function throughout the day, these differences are often noticed by family members and close friends.

However, not all cases of MCI develop into Alzheimer’s disease, as some symptoms may be a result of other issues.

Third Stage: Dementia Due to Alzheimer’s

The third and final stage is the phase most people are familiar with, in which memory, thinking and behavioral symptoms have affected the patient’s ability to function. The new guidelines do not limit the symptoms to memory issues and include symptoms such as difficulty finding words, visual and spatial problems, and impaired reasoning and judgment.

These new stages will aid both research scientists and physicians in continued study and treatment of the brain and its health as related to Alzheimer’s.

Note: Every individual is unique and symptoms are not universal.

Learn about the Discovery Group, a unique program that unites those with Alzheimer’s or other forms of dementia, their caregivers, and graduate students pursuing careers in Alzheimer’s care to improve quality of life after diagnosis and raise awareness about the signs of dementia.