Stress Can Do This Strangely Positive Thing to You 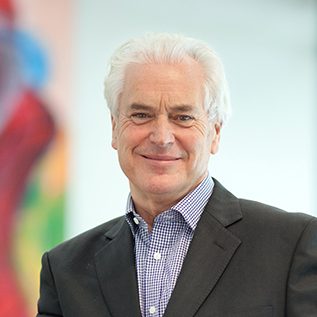 Stress Can Do This Strangely Positive Thing to You

According to Dr. Ian Robertson, author of The Stress Test, stress can be your friend. Stress releases the hormone norepinephrine which, in moderate doses, can help your brain function better.

Stress can be your friend, at least as far as your cognitive function is concerned.

This is because stress releases the hormone norepinephrine which, in moderate doses, can help your brain function better.

Like many of the brain’s chemical messengers, norepinephrine (also known as noradrenaline) has a “Goldilocks Zone”, meaning that if levels are either too low, or too high, the brain underperforms and your memory is poorer.

But if it is in this “sweet spot” zone, the different parts of the brain communicate much better with each other because of norepinephrine’s action as a neurotransmitter.

When your brain’s regions are orchestrated in harmony like this, you feel alert and more able to perform and remember better.

Amazingly, memory-impaired people in their seventies who experience stressful life events such as serious illness of a partner, or conflict with family, maintain their memory at better levels over two years than those with no stress.

Norepinephrine can act as a neuromodulator, fostering the growth of new synaptic connections across the brain, and even new brain cells in certain areas.

So how do you find this Goldilocks Zone of stress that will boost your performance? Here are two scientifically-validated ways to use stress in this way.

Relabel the symptoms of arousal.

Before a stressful meeting, conversation or presentation, say the words “I feel excited” out loud to yourself.

The racing heart, dry mouth and sweaty skin are the same symptoms of excitement as they are of anxiety.

By “relabelling” them, you are likely to perform better —probably because this relabelling pulls you up towards your Goldilock’s Zone of norepinephrine.

Breathe in for a count of five, and out for five.

The part of the brain that produces norepinephrine is called the locus coeruleus, and it is sensitive to the levels of carbon dioxide in your blood.

You can control norepinephrine levels in your brain by the way you breathe. And because norepinephrine is a key player in the “fight or flight” response, you can also control your anxiety and stress using breathing.

Learn more about Dr. Robertson’s take on stress and the brain.