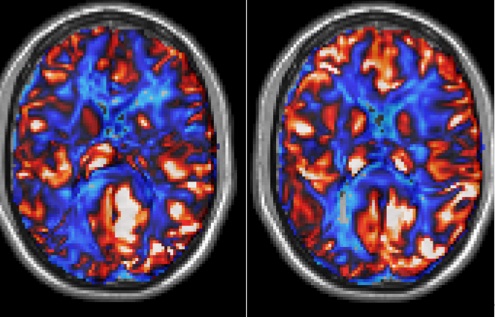 Strategy-based cognitive training has the potential to reverse age-related brain decline according to the results of a study conducted by researchers at the Center for BrainHealth at The University of Texas at Dallas published online in Cerebral Cortex. The novel study examining brain and cognitive changes associated with brain training has found that complex cognitive training significantly improves cognitive brain health.

“The world’s aging population is growing disproportionately. Our expected lifespan has reached an all time high of more than 78 years, yet previous research shows cognitive decline may begin in the early 40s,” said Dr. Sandra Bond Chapman, founder and chief director of the Center for BrainHeath and Dee Wyly Distinguished University Chair at The University of Texas at Dallas. “Until recently, cognitive decline in healthy adults was viewed as an inevitable consequence of aging. This research shows that neuroplasticity can be harnessed to enhance brain performance and provides hope for individuals to improve their own mental capacity and cognitive brain health by habitually exercising higher-order thinking strategies no matter their age.”

“Advances in imaging are allowing us to measure brain change in a short time period,” said Dr. Sina Aslan, founder and president of Advance MRI and collaborator on the study. “Through this research we are able to see that cognitive training increases brain blood flow, which is a sensitive physiological marker of brain health. Previous research shows brain blood flow decreases in people beginning in their 20s. The finding that global brain blood flow can be increased with complex mental activity, as this study demonstrates, suggests that staying mentally active helps reverse and potentially prevent brain losses and cognitive decline with aging.”

The capacity to increase whole brain blood flow after complex mental training may have clinical implications in both healthy aging populations and those diagnosed with brain disease such as Alzheimer’s, Dr. Aslan said.

“Greater levels of brain blood flow are associated with higher cognitive performance,” said Dr. Chapman. “With upwards of 8% increase in brain blood flow, this research shows that participants are regaining measurable brain health. The brain and cognitive gains may help achieve a ‘younger working’ brain with all the benefits of rich experience, knowledge-base and wisdom as manifested in an older brain.”

Chapman also suggested that the findings are important for younger adults and encourages adoption of healthy brain habits in early adulthood to stave off cognitive decline.

Also noteworthy was that researchers found significant improvement in cognitive performance as well as a significant relationship between brain changes and improved cognitive performance. Among the participants who were randomized into the brain training group, researchers saw improvement in two cognitive domains: strategic reasoning, which is the ability to synthesize generalized meanings or extract larger ideas from lengthy input, and a measure of executive function that demonstrates the ability to abstract concepts. As a follow up to the study, researchers have investigated how long the improvements have been maintained and have found that the brain gains measured have been maintained at one year post-training and longer.

Both the brain and cognitive plasticity changes in response to strategy-based mental training demonstrate the neurogenerative potential in the cognitively healthy aging brain.

“Most older Americans likely will experience subtle changes in their ability to learn and remember, and studies such as this, examining one way to possibly affect cognitive change, are important,” she continued. “It advances our understanding of how cognitive training might affect brain changes associated with cognitive decline. While further study is needed, this research suggests that it may never be too late to participate in activities to maintain or even improve our cognitive health.”