Study Quantifies the Effect of Depressive Thoughts on Memory 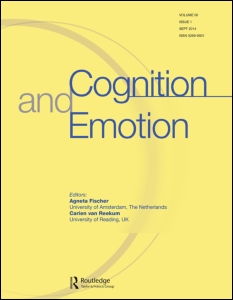 Study Quantifies the Effect of Depressive Thoughts on Memory

For people with depressed mood, memory and concentration difficulties are often a day-to-day reality, greatly affecting job performance and personal relationships. While those with the disorder report that these cognitive problems are some of the most deeply troubling, previous studies have been unable to observe this phenomenon in a laboratory setting. In a study published online today in Cognition and Emotion, researchers at the Center for BrainHealth at The University of Texas at Dallas are the first to substantiate memory deficits in individuals with depressed mood. The findings may have implications for the way cognitive deficits are diagnosed and treated in depression.

“Depression is an interference phenomenon. Rumination and negative thought-loops interfere with a person’s ability to think. We hypothesize that when individuals with depressed mood are exposed to stimuli, such as a meaningful song or a place that evokes sad feelings, the brain fixates on that and can’t focus on daily tasks such as a phone conversation or completing a grocery list,” explained Dr. Rypma, Meadows Foundation Chair and Associate Professor in the School of Behavioral and Brain Sciences at The University of Texas at Dallas. “In a traditional laboratory setting, external cues that induce depressive thoughts and therefore interfere with cognitive performance are eliminated. In our study, we found a way to incorporate them and observe their effects on memory.”

The study included 157 undergraduate students. All participants completed a computer-based depression inventory that measures self-reported, depressive symptoms experienced over the previous two-weeks. 60 participants were classified as having depressed mood and 97 as having non-depressed mood.

Researchers assessed working memory, the cognitive function that allows the brain to store information for short periods of time so that other cognitive processes can occur simultaneously.

Participants with and without depressed mood were asked to respond ‘True’ or ‘False’ to a sentence featuring either depressive thoughts (e.g., “I am sad,” “People don’t like me”) or neutral information (e.g. “Most people agree that Monday is the worst day of the week”), and then remember a string of numbers at the end.

“Depression affects 151 million people worldwide and costs Americans $83 billion per year. Much of these costs are related to loss of productivity and increased rates of disability. Understanding and accurately diagnosing memory loss in depression is paramount for developing an effective therapeutic approach,” Hubbard explained. “Our findings implicate that therapeutic approaches such as teaching one to recognize and inhibit depressive thoughts could be a key aspect to treating cognitive deficits in depression.”

Using the new study paradigm, the research team plans to study individuals who meet the clinical diagnosis for depression. “In the past, imaging studies have shown brain differences between depressed and non-depressed individuals, but the cognitive tests did not match up,” said Dr. Rypma. “Now that we can reproduce the cognitive deficits in the laboratory, we can look at neural imaging studies with more confidence.”

This work was supported by the Friends of BrainHealth, the Linda and Joel Robuck Distinguished New Scientist award, and the Diane Cash Fellowship award.